If you’re a connoisseur or even just a casual listener of jazz, you would know that the best part of the genre is the “groove.” Freudian Slurp is a group of specialists in what you would refer to as “the groove,” which you can hear all over their latest single “The Getaway Car.”

The title track to their latest album, due out on March 4th, “The Getaway Car” was recorded live in front of a live audience in the Chapel Performance Space, located in the Good Shepherd Center in Seattle, Washington. Jazz-rock enthusiasts, the song is exactly what you’d expect from a group of musicians as technically proficient as Freudian Slurp. The single, like the album, emphasizes groove, melodiousness, and improvisation. Even without words, there’s a real cinematic quality to these songs, visionary pieces that are extremely carefully considered.

“‘The Getaway Car’ is the title track from our new album/live video series. I wrote it to sound like a slow climactic buildup followed by a car chase scene from a heist movie. It heavily features our keyboardist, Jon Goneau. While the tune twists and turns through different riffs, melodies, and fiery solos, it’s curious rhythm (in 7/8 time) keeps the listener in a state of suspense until the song ends with an explosive drum feature from Tyler Graves.”

2022 marks the ten-year anniversary since Hughes began working on Freudian Slurp. He later brought his brother Dylan into the fold on electric bass, and since then, keyboardist Jon Goneau, drummer Tyler Graves, and trumpeter Adam Robb have been added to the band. They experimented with various sounds and styles over the years, but by 2017, their sound became solidified with the writing and recording of their sophomore record Get It?

Since then, their chemistry has continued to grow, with their sound becoming more emotional, sharper, and ambitious. There’s a real group-minded approach to how the band writes and records, and it’s ultimately this united approach that enables them to be capable of such musical feats as “The Getaway Car.” 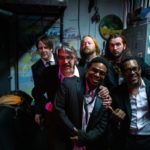 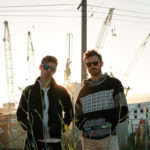