Committed to delivering the best independent alternative festival with their biggest line-up to date, organisers at Slam Dunk Festival have announced the latest batch of additions to their 2022 event.

Having confirmed the sad news that The Mighty Mighty Bosstones will not be appearing having announced their disbanding, organisers have announced that metalcore favourites Beartooth, the razor-sharp Counterparts, electronic pop wonders 3OH!3, pop-rock outfit Set It Off, the genre-bending duo of Nova Twins, euphoria-inducing Magnolia Park, Australian bright sparks With Confidence and US solo sensation Lil Lotus will be joining the Bank Holiday party.

Speaking about their return, Beartooth say “We’re beyond excited to return to Slam Dunk. It’s a killer festival with killer bands and it’s an honor to be a part of the line-up. Like a lot of bands, it’s been years since we’ve been able to play in the UK. I promise we’re gonna do everything in our power to kick major ass. See ya there!”

3OH!3 say: “The UK, the UK, oh the UK! How can we find the words for the joy it is to play in the UK?!… We really cannot wait to get back there for Slam Dunk 2022 and rock a long, very overdue party with you beautiful people! XO”

Set It Off say: “We are SUPER excited to be joining the Slam Dunk fest this year and reuniting with our UK fans FINALLY!!! Can’t wait to see you there!“

With Confidence say: It’s been a long three years since we’ve visited ye olde England. Three years since we’ve had a warm beer or gagged at the sight of a black pudding. THREE YEARS since any of us felt alive. But the cliffs of Dover, they call our name once again and we must answer that call with a resounding: “Yes, we would love to play Slam Dunk”

The latest additions will join headliners Neck Deep, Alexisonfire, Sum41 and Dropkick Murphys and a supporting bill which is set to include The Used, The Story So Far, Pennywise, The Interrupters, Meet Me At The Altar, Silverstein, Deaf Havana, Cancer Bats, Pinkshift, Motion City Soundtrack with more acts still to be confirmed. 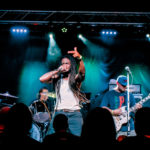 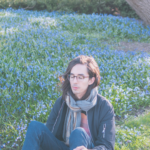