Sometimes you have to just know when to walk away, and that’s literally what Kevin Marksson is doing in his band Endearments’ latest music video for “Delicate.” Not originally intended as a single, the popularity of “Delicate” really began to take off since the band released their debut EP Father of Wands last year. The song has garnered tens of thousands of streams, which motivated the band to shoot a video for it. “Delicate” is about walking away from a dysfunctional relationship, with the video effectively representing the song’s meaning, with Marksson taking a walk along the city streets of Bushwick, a popular neighbourhood in Brooklyn, New York. With the song starting to blow up, Marksson wanted to shoot a video that would suit its tone and its mood.

Part of the inspiration for the “Delicate” video came from one of the most popular alternative videos of the 2000s, Coldplay’s breakthrough hit “Yellow.” If you’ll recall, that video features frontman Chris Martin strolling along the shore of a beach on an overcast day. The “Delicate” video is an ode to the clip for “Yellow,” as it’s just one continuous shot of Marksson singing into the camera on a bit of a gloomy day, while traffic passes him by.

Explaining the song’s meaning and the motivation to pay tribute to “Yellow,” Marksson says:

“When we decided to make a music video for ‘Delicate’ I knew immediately that I wanted it to be an homage to Coldplay’s ‘Yellow’ video. It’s one of my all-time favourite music videos: beautiful, earnest, simple. Thematically ‘Delicate’ is really the opposite of ‘Yellow’ though. It’s a song about walking away from a bad relationship, so setting the video on an idyllic beach didn’t feel right. Filming on the street in Bushwick felt like the perfect way to pay tribute to the original while still being true to this song.”

Marksson was previously a member of the synth-pop duo Saint Marilyn. When it disbanded, he began to write music all on his own for the first time in over ten years. Not specifically a concept record, Father of Wands’ songs are something of a reflection on the end of his marriage in 2019, which is why much of it is darker, or more solemn sounding. Heartbreak and healing are two of the primary themes that link these songs together, an impressive body of work full of Endearments’ distinctive dream-pop sound, along with percussive synthesizers, and the return of the electric guitar which has been absent from much of Marksson’s recent work.

With his knack for writing relatable lyrics, and his passionate approach to his music, Marksson is hitting all the right notes with his latest work. 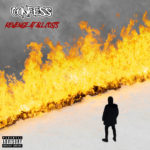 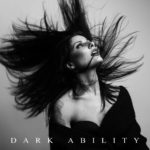