Looped soundbites telling tales of oppression, persecution and imprisonment for being a heavy metal musician in Iran set the scene for Revenge At All Costs, the latest offering from Iran/Norwegian groove metal crew Confess. It was a journey for Confess vocalist/guitarist Nikan Khosravi which started at high school in Tehran with a CD full of videos of ’90s/’00s metal bands that ultimately took him to jail following the release of Confess’ second album, In Pursuit of Dreams, in 2015.

As expected, Revenge At All Cost is an album packed with seething anger and resentment towards those by whom Nikan and many of his friends have been persecuted purely for their music taste. However, listen to “Phoenix Rises,” the second track on the album and you’ll hear Confess pummelling through their groove metal with the kind of unwavering, fuck-you determination that comes from the heart and refuses to be taken down. It’s also one of the characteristics that set Confess apart from the Panteras and Machine Heads of this world. Don’t get me wrong, Confess have a long way to go to reach the levels attained by the likes of Pantera, but you can only get the kind of raw, unbridled hate that seeps through tracks like “Under Surveillance” from living in a world where you’re terrified of the repercussions of doing something as simple as wearing the wrong t-shirt.

Having been forced to relocate to Norway, Confess is now sounding like a band who are free from the shackles of an oppressive Government. “You Can’t Tame The Beast” is the perfect example of that freedom but, to be honest, the whole of Revenge At All Costs sounds like a group that is now getting the chance to live and breathe the music that, as Khosarvi states, “has been the center of his life.” The relentless “Under Surveillance” is built around the kind of thunderous groove that you’d expect from a band like Lamb of God that when coupled with that blood, spit and tears honesty, makes Confess simply unstoppable.

Revenge At All Costs barrels to a conclusion with two five-minute thrashfests. First “Army of Pigs” scythes through anyone that stands in their way before the unapologetic “I Speak Hate” sticks one final and defiant middle finger up to those who have tried to silence them. Yes, they may be unable to return to their homeland but, musically, this has inspired Confess to record a stunning album burning with pure, unadulterated rage.

Revenge At All Costs Track Listing: 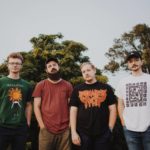 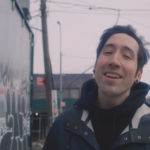