North Carolina band Whoop released their debut album, Whoop!, a few days ago. Talking about the album, frontwoman Fal shares, “‘Whoop’ is a release of every emotion that can be, is, or was bottled up. It’s emotion manifested into one sonic symphony.”

She goes on to add, “The theme [of the album] is simple. Post-relationship introspection.”

Made up of Fal, Will (drums), Nick (bass), and Steve (guitar, producer), Whoop formed in the fall of 2020, bringing together myriad backgrounds and influences including indie, jazz, rock, reggae, and hip-hop.

Fal had worked with Nick previously, and Nick knew Will from school, while Steve was mentoring Nick in an audio engineering program. They started out jamming on Friday nights in Steve’s barn/studio in Raleigh.

According to Fal, “The boys would jam and pick ideas back and forth, while I would lug all my journals out of the woodwork. In those moments, all I could rely on were the music, my words, and an open mind/heart.”

Sleazy guitars open “Jaded,” riding a mid-tempo rhythm made up of a fat, rolling bassline and crunching percussion. Fal’s vocals imbue the lyrics with searching timbres, at once risky and darkly portentous. Strident, almost discordant guitars, conjure up memories of CSN&Y.

Whoop’s music is good, raw, and not burdened by excessive sponges of sound. Yet the icing on the cake is Fal’s yummy voice, simultaneously seductive, sneering, and charismatic. Fal single-handedly lifts Whoop from pretty darn good to topnotch. 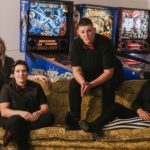 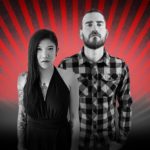