Let the femme rock revolution continue! Always repping for the underdog, Strange Breed is back with their brand new music video for “So Blind,” loaded with that trademark fire and fury which their fans have come to expect.

After having recently signed with Crank Media, the all-female quartet are back in a big way with “So Blind” having garnered over 260,000 Spotify streams alone since its August release. Now comes the music video, featuring the foursome performing the song with all of their welcomed attitude and trademark “chip on their shoulder” vibe.

Explaining how the video relates to the song, and the deeper meaning behind its lyrics, singer Nicolle Bell-Dupas tells us,

“The concept behind the video was to explore the deeper meaning of why we wrote this song; the meaning behind why it can be so hard to stand up for the things that matter to you in your life, even when others don’t connect to it. The song is about maintaining your voice through a toxic relationship. It speaks to the strength that it takes to speak up about what matters to you and why, and normalizes cutting ties that are no longer serving you.”

Formed in Vancouver, Strange Breed is a socially aware bunch that makes rock music for anybody looking to amplify their own voice. The band is intent on standing up for the “little guy,” a cause that is at the forefront of their modus operandi. Inspired by the success and the example set by the many famous female-led rock acts of the 1990s, like Hole, Veruca Salt, L7, and Sleater-Kinney, the band combines memorable rock hooks with a healthy dose of riot-grrrl rage. The girls released their debut album Permanence in 2019, and now they are back to get you raging again at all of the injustices and oppression that abound in the world we live in. 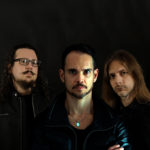 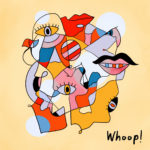