With their third album, Conflict::States, Brit dark-rock three-piece Broken Links continue to craft and shape an exclusive sound that breaks down genre boundaries and pushes the envelope. Melding together elements of goth-electro alternative rock with post-punk and hints of pop-rock, the three-piece take the listener on a formidable aural experience.

“Many a time, I’ve lost my shit in a job and many a time I’ve seen people lose their shit in their job. And when I say lose their shit, I don’t mean blood boiling, anger-driven, all shit thrown out the window type-shit. I mean, sanity is gone, you’ve become your job. Your job owns you; your mind has turned to shit, and you’ve stopped following the path of life. Don’t let your mind occupy itself with things that will not matter when you reach the end of your journey.”

With this in mind, we spoke to Mark to find out the songs that help them through those shitty days, but before we dive into his choices, check out their video for the new single “Fatalism.”

“It all starts at Metallica. Load was the album out in my teenage years, so that was purchased along with the guitar tablature book! Hours were spent listening to it and trying to learn the guitars note-for-note, so their whole style and guitar tricks are deeply engrained into our music!”

“My parents had cable back in the day, and I ALWAYS had MTV on, it was quite cool back then! I remember this big hoo-ha about a premiere of Depeche Mode’s comeback, so I tuned in and watched this song. It blew my mind. The intro, the drums, the synths, the messed-up video. I’d never seen or heard anything like it before. It’s still today my favourite song of all time.”

“Another track I first caught on MTV back in the day which blew my mind. The intro is just cool as fuck and the music and melody are great. At the end of the day, you can say what you want about U2, but they write great songs, and The Edge’s use of playing the guitar only when it’s needed and maxing up the effects makes the band. Additionally, Achtung Baby is one of the best albums ever… period.”

“The band that changed it all for me. My older brother used to lend me his CDs back in the day (again!). He started me off on the popular stuff to begin with, then one day he lent me The Fragile and said, ‘when you play this, turn it up fucking loud, ok?’ Thanks bro for the pair of blown speakers, but he was right. At the time I felt the song had this ‘I don’t give a fuck’ attitude in general, but also in song structure. The whole album is a bit of an underrated masterpiece. Trent’s influence has flooded our music.”

“I loved this band, not just for their music, but their whole attitude to being a band. Despite being dropped by their major label after their first album, they just kept going and released two more amazing albums, and for us fans still listening, we bloody loved it. There was just a lot of honesty and defiance, and they were good guys, always around after the show for a chat. I still have a signed condom from them somewhere! It inspires us to keep going whilst we still get a buzz writing music and playing it live, despite being heard by few!”

“The Holy Bible is my favourite album of all time. A seriously dark mood stretching through the entirety of the album touching on subjects I never heard songs written about before. James Dean Bradfield absolutely killed on the guitars throughout this album, the solos are incredible and in general, everything has this warped, twisted, military feel to it. I would say a lot of this has rubber-off on our new album!” 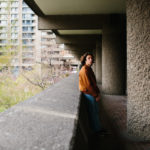 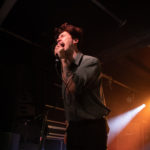