With these stressful times in which we live, what the world could really use is some much-needed levity. Here to provide some is Princess Superstar and her wacky and wild new music video for “Gettin’ Older (Pussy Still Pop!).” This clip will undoubtedly stand out for being one of the rowdiest and off-the-wall music videos you’ve seen in ages. There are many hysterical moments that stand out through its near three-minute runtime. To choose which ones are your favourite, well, you’ll just have to decide for yourself!

Coming to the realization that according to her assessment there were no songs about ageing gracefully while remaining drop-dead gorgeous, Princess Superstar decided that it was time for a song about just that topic. Pairing it with a supercharged, completely untamed video only adds to the overall message that we should be celebrating ageing, rather than avoiding it and hiding away from it.

Explaining her point of view in writing the song, Princess Superstar told us,

“I wrote this song because I just turned 50 and realized there are zero songs about aging and being hot! Youth culture is the only thing that is really celebrated in our culture, so I wanted to reverse that and talk about how amazing it is to age. I feel like I am wiser and have lived through so much, so let’s celebrate that! I also wanted to inspire women that their pussy can still pop at any age.”

It’s been a bit of a long hiatus for Princess Superstar, but she’s back and certainly making her presence felt. She took a break from the music scene after becoming a mother, and what better way to remind everyone you’re back than to get as extroverted and unrestrained as possible?

Hailing from New York City, the rapper, singer, and songwriter has recorded seven very well-received albums, which have included numerous global tours. She’s collaborated with some incredible artists over the years, a list that includes Moby, Kool Keith, Prince Paul of De La Soul, Armand Van Helden, and even The Prodigy! She also finds time to double as a comedian who has worked with the fabulously talented Amy Schumer and Margaret Cho.

There’s no doubt, it’s still very much “popping” in here and Princess Superstar is determined to keep it that way! 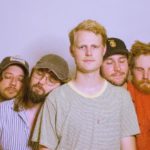 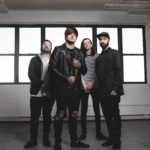