If you had to chronicle your life in music through your late teens and 20s, it may sound something like indie rockers American Sigh’s debut full-length Honor System. The band has just released the accompanying music video to the first single “Almond Eyes,” a light, charming song that recounts one of those random, seemingly insignificant moments that we encounter as young people growing up and learning how to interact with others.

Led by Theo Matz, Honor System was written nearly entirely by the frontman at his home in Florida, before then hooking up with John Paul Pitts of Surfer Blood and Skyler Mondell who assisted in producing the record at Shade Tree Studio in Boynton Beach, Florida. They also got a hand from producer Bryan Lamar at Raincat Recordings in nearby Jensen Beach.

Explaining the background and the context behind “Almond Eyes,” Matz says:

“I wrote this one hungover after a night out and was trying to write a short song kind of like a vignette for this crush that I had encountered. It’s the oldest song on the album and I lost interest in it but I kept playing it with the evolving band because it was an easy song to learn and fun to play, eventually we added the solo section with the guitar harmony and it came together really well. The song is short and only has a couple sections to it which I think mirrors the narrative of it, seeing someone at a bar, maybe exchanging a few words but it not really going anywhere, then you just kind of move on with your life and it’s over.”

You may describe Honor System as dreamy and uplifting, while still clinging on to a dash of melancholy. Combining indie-pop with complex post-rock melodic arrangements, the record is engaging, yet delicate and subtle. The songs are more or less thematically linked, with Matz openly reflecting on the thoughts and feelings he has regarding his early 20s. He intentionally left the record open to interpretation, but relatable for those who are at the point of entering adulthood. Even if that phase of life is all behind you, you’ll likely find some commonalities here, as you listen to Matz’s musings on his life up until now.

In addition to Matz, Honor System features the talents of drummer Christian Romano, bassist Jake Ryan, and guitarist Ben Henry. There really is no, one, set path forward into being a grownup, and that’s something the band has used this record to acknowledge. If you’re looking for a relaxing, late-night, thoughtful listen, well you’ve found it in Honor System. 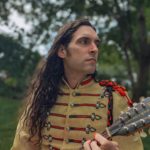 UnCovered: Nathan Leigh Explains How He Developed His ‘House on Stilts’ EP Artwork 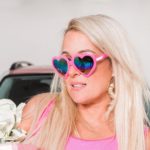