French metal giants Gojira are just wrapping up a month-long run with Kentucky hardcore heavyweights Knocked Loose and opening act, Māori metallers Alien Weaponry. We caught the tour on a cool autumn evening on October 27, as it came to play for a completely sold-out audience at the State Theatre in Portland, Maine.

Fans were lined up well before doors opened and out in force in the venue early for Alien Weaponry’s set. For the unfamiliar, these New Zealanders infuse metal with their Māori heritage, keeping the language alive by sharing it through heavy music. This is their first major US tour, and while it was quite the tall order to open for a band as massive as Gojira, this trio was up for the task. Many in the audience had clearly never heard their music, but were won over the moment drummer Henry de Jong emerged to a traditional haka dance, soon to be joined by bassist Tūranga Morgan-Edmonds and guitarist Lewis de Jong.

Musically, it was intriguing to hear elements of thrash and nu-metal alongside Māori chants and growls, but the energy and intensity this young band brings to their live set is what captured the crowd’s attention. This three-piece is destined for great things if they can seize the momentum they’ve built on the recent release of their sophomore record Tangaroa, which dropped in September this year!

Up next, Knocked Loose unleashed a neck-breaker of a set, and though this crowd was a mix of hardcore fans and more metal-inclined folks, they really got the mosh pits going—albeit at a slightly less violent level than usual for the band due to the mixed audience demographic. Knocked Loose just released a 6-song EP, A Tear in the Fabric of Life, and lucky for those in attendance, they played half of it on this night! Their set opened with the first track from that EP, “Where Light Divides the Holler,” and all hell broke loose.

The rest of their performance was mostly comprised of fan-favourites from A Different Shade of Blue like “Mistakes Like Fractures,” “Guided by the Moon,” and “Trapped in the Grasp of a Memory,” and from 2016’s Laugh Tracks, like “Counting Worms” and “Oblivion’s Peak.” Frontman Bryan Garris was in top form, screeching out each line and two-stepping his way around the stage as he and his cohorts crushed their 10-song set. For being so late in this run, it was impressive how great Garris sounded and how tight the band’s performance was, I can only dream of catching their next headlining run stateside—it would be great to hear the entire new EP live!

At last, it was time for the mighty Gojira! The lights dimmed and a curtain fell, illuminated with symbols from the new artwork of their latest record that was released during the pandemic shutdowns, Fortitude. The band kicked straight into new track “Born for One Thing” before bringing out older fan-favourite “Backbone.” Most recently, Gojira has been the support act on big tours like Knotfest Roadshow, so it was really cool to get to hear a longer set featuring deeper cuts and older tracks! The band blasted through heavy number “Stranded” before bringing out the epic song that is “Flying Whales” complete with an inflatable whale that was launched out into the audience! 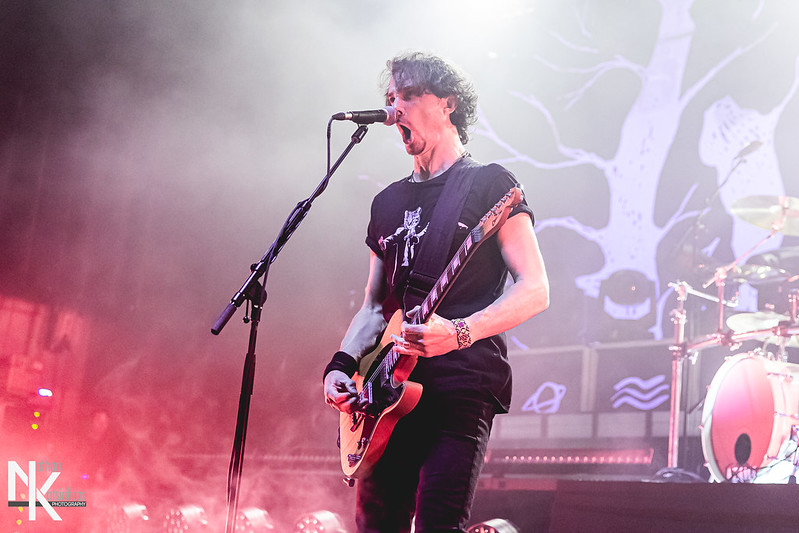 Midway through the set, frontman Joe Duplantier explained to the crowd how wonderful it’s felt to be playing live shows again and how much they had missed it. It’s clear that the fans there that night felt the same way about seeing Gojira live, the sold-out crowd’s voices were so loud as they sang along to the chorus of “Another World” and, later on, encore track “The Chant.”

One would think, after so much time away, that the band would be rusty, but this is probably the tightest performance I’ve seen from them, and what a setlist! For the diehard Gojira fans in attendance, the band even pulled out a medley of “Love” from their 2000 full-length debut and “Remembrance”  from their 2003 release. The encore didn’t pull any punches either, featuring massive tracks “Toxic Garbage Island” and “Vacuity,” just to name a couple! There are a few shows left—the tour ends in Fort Wayne on November 7 (remaining dates below), but if you missed this run, your next chance comes in Spring of 2022 when the band, hopefully, will get to finally do their run in support of Deftones (if it doesn’t get cancelled for the third time)! 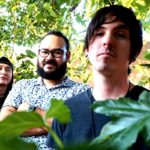 Track-by-Track: Lights on the Coast Go in Depth on Their New EP ‘Signals’ 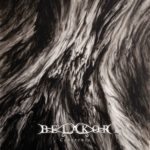