Since their 2007 debut album, The Frail Tide, Australia’s Be’lakor has been on a steady evolution taking what was originally a standard melodic death metal style to the more progressive end of the genre, crafting some of the finest longer tracks under the melodeath banner. This commitment to stretching their creativity with this melodeath-tinged prog metal continues on their forthcoming fifth album Coherence, out October 29 on Napalm Records, with four of the eight tracks clocking in at over eight minutes in length.

First track, “Locus” weaves a gently building tapped guitar intro into a rage-filled scream from frontman George Kosmas (whose vocals are as cutting yet defined as ever), with blastbeats from Elliot Sansom and the twin guitar attack of Kosmas and Shaun Sykes driving the track on. A ‘Be’lakor-esque’ verse eases into the rhythms the band has hit throughout their career leaving the listener powerless to resist headbanging along. However, it’s when atmospheric instrumental “The Dispersion” feeds straight into “Foothold” that Coherence really takes a step yet further. The keys of Steve Merry are pushed to the fore which, married with the always-stellar riff work and vocals, draws an emotive response as the track progresses – long term fans of the group will be able to select passages of the song which conjure images of each of Be’lakor’s past recordings, and they’re all brought together under one superb track.

Where one would typically expect melodic death metal to come from colder climbs such as Scandinavia or other parts of Europe, the Melbourne-based Aussies have really carved a niche and unique sound within the genre. There’s nothing quite like the cadence of Be’lakor’s music, with it being quickly identifiable to a fan no matter the album it’s from, and Coherence includes one of the hallmarks of their music as well in its harmonized palm-muted guitar riffs – an element of their music throughout all of their releases. With experienced producer Jens Bogren taking the helm for this release, the sound is fuller and more befitting of the music’s nature than previous release Vessels (2016) which occasionally felt to lack in this area – no such concern here.

Coherence draws to a conclusion with the 12-minute epic “Much More Was Lost” weaving the listener through reverb-laden piano and relaxed lead guitar sections into blastbeating frenzy, all whilst the melody and overall coherence of Be’lakor’s music is maintained. The evolution from melodeath band in the mould of Insomnium to that of a truly progressive death metal outfit exploring new dimensions has never been more evident in Be’lakor’s catalogue than on Coherence. As mentioned above, there are parts of all of their prior four albums on show here and they’re married together in a superb way which cherry-picks the best parts of each. Coherence isn’t just Be’lakor’s most ambitious release to date, it’s also their most varied and, arguably, their finest. 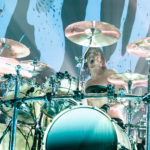 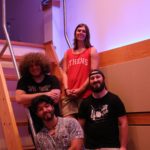