Our personal experiences in our youth are what shapes us as individuals. Good or bad, it’s these occurrences that make us who we are, and we are left to deal with the fallout for most of the rest of our lives. With his latest single “Don’t Break The Silence,” Washington D.C. artist Carmichael, along with Jerry Scott, sorts through some of these life-shaping moments.

Lyrically, the song is a straight-up and raw lyrical exploration of childhood trauma and abuse. In it, Carmichael looks back at a lot of challenging, difficult times that he had as a child with the perspective and wisdom of an adult who has seen and heard it all. Musically, the song carves out its own course, combining hip-hop, R&B, soul, and a radio-friendly ballad to create a poignant, defining moment in Carmichael’s rapidly expanding catalogue.

On the inspiration behind the song, Carmichael offered,

“In a country where divorce is just as prevalent as marriage, unfortunately kids are the casualties of people who fall out of love. This song is about what it was like for me growing up in a single parent home that was filled with a lot of heartbreak and abuse. It’s definitely a deep cut and I’ve had quite a few people who have heard the song tell me that they get emotional when listening to it either because they can relate or because they empathize. I look forward to sharing it with my fans.”

While most hip-hop, R&B flavoured artists are primarily influenced by the more prominent members of those genres, Carmichael’s inspirations primarily come from 2000s emo and post-hardcore music. In fact, he’s been the frontman for many Washington, D.C. area bands, a connoisseur of fine post-hardcore and emo acts like Glassjaw, Coheed and Cambria, and Taking Back Sunday.

As a youngster, he was exposed to a lot of Motown and gospel music, along with what was big on the radio, like Michael Jackson, and even country artists such as George Strait. He’s a highly relatable artist, not afraid to touch on heavy issues or his own personal struggles with addiction and depression. Honest and hard-hitting, Carmichael’s hope is that those feeling the same type of stresses and hardships will discover some understanding and compassion within his own powerful words, beliefs, and experiences. 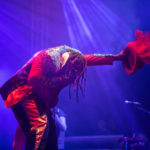 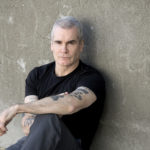