If you need to mellow out, you’ve come to the right place. Lucid Phase is set to release their new album Orchid Thief officially tomorrow, but you can hear the sweet, savoury sounds of all twelve tracks a day early. While they call themselves a jam band, that would be selling short the depth and diversity of which you hear on this latest record, the follow up to their 2020 debut, The Crop. Taking their cues from roots reggae, psychedelic rock, bluegrass, folk, blues, and hip-hop, the songs come across as being fully realized, which is no surprise given the effort and length of time the members spent on writing and recording.

Afforded the time and the opportunity by the pandemic lockdown of last year, the band set up shop at The Dub Room Recording Studio, located on Sunset Blvd in Los Angeles where they spent hundreds of hours fleshing out the sound of the album. Rather than force the issue, they allowed things to develop naturally and organically, taking some lessons learned from The Crop and applying them to Orchid Thief. That explains the broader, more comprehensive sound you hear on this record.

Contextualizing the theme of the album, the band said,

“The ghost orchid flower is rare, sought after, and illegal to poach. People have tried to harvest them but they cannot be cloned. In our album, this exotic flower symbolizes the strength, individuality and uniqueness inside all of us. While the Orchid Thief symbolizes those who seek to obstruct and capitalize on our gifts without mercy, the album further encompasses this idea…”

The members of Lucid Phase, Jacob Flack, Garret Laver, and Cyrus Maleki, initially met while attending the Savannah College of Art & Design. After they graduated, they agreed to move to Los Angeles to focus more on the band, while continuing with their own impressive creative endeavours. Maleki has written and recorded with many local bands, while also serving as a travel booker for artists on tour like The Rolling Stones and Ocean Alley. Flack is widely regarded for his work as a sound editor on various films and television shows, and was nominated for an Emmy Award for his work on the critically acclaimed Netflix series Wild Wild Country. Meanwhile, Laver doubles as a music video producer, helping artists such as Stick Figure and up-and-coming LA artists gain the exposure they deserve as part of his Video Kitchen production company.

Burgeoning with a high level of artistic inventiveness and ingenuity, this is one orchid that is still blossoming. 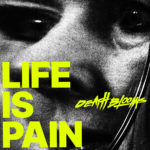 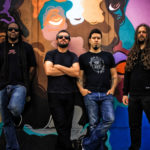