Well, they’ve done it again, and we can’t claim that we aren’t surprised. Age Nowhere is whom we are talking about and their latest effort, titled Age Nowhere Strikes Again!, to be released via Magnaphone Records. We have your first listen to the new eight-track album, the very worthy follow-up to their 2019 debut Airport Sounds. That debut record was your introduction to what the band refers to as their “Cosmic American Music” journey, a musical style that combines honky-tonk with good old, down-home Midwestern rock n’ roll.

“We started on this album as soon as we got done with the last one, and there were a lot of things we wanted to do differently. We wanted something that captured more of the energy of the live band; something more deliberate and precise. We started out tracking with songs that didn’t make the last album and kind of built it as we went. After a while, the sound of the record started to take shape and we ran with it.

“We recorded everything to 2″ tape at an analog studio in Dayton, Reel Love Recording Company, which is run by our good friend Patrick Himes. We did our last record with him too, so it was nice to have that familiarity and understanding from the beginning. By the time the album comes out, it will have been more than three years since we started tracking it, but I think it turned out well.”

As Monnin’s comments indicate, this has been one very busy musical act over the last few years. They have not really stopped to catch their breath since officially forming in 2017. Since that time, Monnin and his bandmates, guitarists Dan and Matt Spaugy, have been continuously busy, including working on new music.

The Spaugy brothers and Monnin all grew up immediately north of Dayton, Ohio, where they were exposed to endless quantities of country music. Despite their shared musical history, the trio did not actually form the band until they reached their adult years. In their time together, they have played with artists such as The Steel Wheels, Jeremy Pinnell, William Matheny, Justin Wells, and Young Heirlooms, and have become a mainstay of Dayton’s burgeoning rock scene. Age Nowhere Strikes Again! is a little more traditional and country than its predecessor, the sound of a band in the process of finding itself, and feeling more comfortable in their own musical skin. 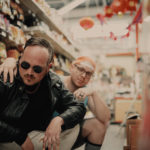 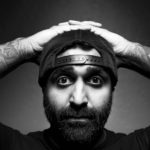