Maybe it’s just me but, in recent years, the traditional UK death metal scene has largely flown under my radar. Of course, the more modern deathcore scene in the UK has stayed strong against some truly brutal competition across the Globe but, aside from the odd band or two, traditional death metal appears, in my opinion, to have sunk back underground. Clearly then, I need to get up to speed because labels like Prosthetic Records are unearthing gems like Beyond Grace who are just about to drop their crushingly heavy debut album, Our Kingdom Undone.

Following up their 2017 offering Seekers, Beyond Grace takes a more thought-provoking approach to their brutality taking aim at subject matter like isolationism, exploitation, rampant militarism, and religious indoctrination. Deeply powerful topics as explored by Beyond Grace during tracks like “Hive Mind” and “Fearmonger” demand equally powerful music and the band tick all the right boxes where that is concerned. Solemn and morose, yet brutal and technical, the Nottingham group pummel through their extreme metal sermons with the finesse, precision and intelligence of an act that has been doing this for years.

When keeping it straightforward, as they do on tracks like opener “Dark Forest Doctrine,” their sound is reminiscent of the blunt, brute-force brutality of bands like Bolthrower. However, Beyond Grace is one of those groups that, in 2021, are intent on pushing the boundaries of the death metal genre. Melodic at times, criminally heavy at others, when Beyond Grace open up and show what they’re capable of, you’ll quickly realize you have in your possession an album that is not only worth investing your time into but one that is truly worth immersing yourself fully into to appreciate the true majesty of tracks like “Hive Mind.”

With all but one of the eight tracks weighing it at between the four and six-minute mark, and not one weak offering amongst them, the Nottingham band really do leave the best until last as they bring the recording to a ferocious, raging climax. In the form of the epic twelve-minute title track, Our Kingdom Undone sees Beyond Grace sign off this superb album with all guns blazing. 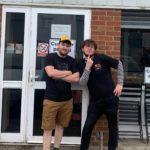 The Nightmares Unleash a Monster with Their “Frankenstein” Music Video [Premiere] 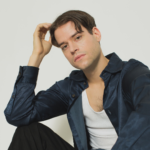