Nightmares on Wax has dropped a new single entitled “Imagineering” via Warp Records. The Leeds-born and Ibiza-based producer, also known as George Evelyn, is the record label.s longest-serving artist and, according to a recent press release, “…opened doors to new sonic landscapes for countless producers and musicians, creating his own signature sound that brought together the inner-city rhythms of reggae, soul and the cut ‘n’ paste aesthetics of hip-hop that led to a series of genre-defining releases.”

“Imagineering” marks NoW’s first new single since 2018 which was inspired by some pre-pandemic travels.

Elaborating in his own words, Evelyn says, “‘Imagineering’ is inspired by my travels through Asia pre lockdown 2020. I’ve always been attracted towards using classical compositions with a street beat approach, classical street beats you could say. I brought in my good friend and longtime collaborator Robin Taylor-firth on keys to give it that classic melancholy Nightmares on Wax sound. ‘Imagineering’ is an ode to the creativity that surrounds us everyday i.e. Ideas that are imagined and then realised.” 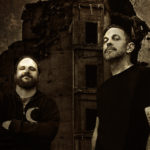 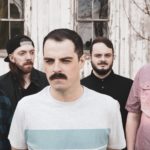