It’s an unfortunate reality of today’s music industry, but the compilation album has for the most part gone the way of the compact disc; you sometimes see them around but they just aren’t as popular as they once were. Well, the upcoming release of the inaugural C Squared Music compilation album C² Underground Music Special is truly a monumental accomplishment, not just for all the excellent artists it’s bringing together, but also for the label itself. Due out September 17th via C Squared Music, the album will include new music from 14 different artists, including Chalk Portraits’ contribution “In Flight.”

Chalk Portraits is musician Greg Kennelty’s one-man ambient music project, specializing in creating some of the most wondrous soundscapes you’ll ever hear. A still-evolving project, Chalk Portraits’ sound is reminiscent of composers such as Abul Mogard, Kelly Moran, and Arp. It’s also similar in its compositional elements to some of the magnificent musical atmospheres you hear in modern video game soundtracks.

To contextualize his latest work, Kennelty said, “‘In Flight’ is meant to evoke the feeling of going somewhere new, but somewhere that feels like home. I love how the song is bookended by these reverb-heavy passages, as if the listener was stationary and watching the plane go by. Plus, the heavily-delayed drums and synthwave-style bass (to me, at least) really drive home that feeling of being in motion. I’m extremely proud of this song and I can’t wait for everyone to hear it in its full context on my new album in 2022! For now, enjoy ‘In Flight’!”

Formed by Curtis Dewar and Cory Westbrook, C Squared had the idea to do a compilation record pretty much the second they decided to form the label. The whole thing came together quite quickly, with C Squared having just debuted a few months ago. A very diverse release, C² Underground Music Special features everything from the gothic soundscapes of The Infernal Doll, to the psychedelic doom metal of Book of Wyrms, to the vibrant electronica of Synesthma. The purpose of the release is to showcase the exceptional talent that exists within the underground scene to fans who like these types of music, but perhaps just haven’t come upon these particular artists yet. This is just the first of many albums that Dewar and Westbrook have planned for the next few years, two men passionate about introducing to you your new favourite artist. 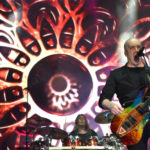 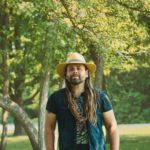