Even two decades into a distinguished career, Cavo are still topping themselves. With so much time out of the game thanks to the inexhaustible global pandemic, the guys were afforded some time to look back, before they look forward. As a tune-up of sorts of what’s soon to come, the band has released their new, but not newly written, single “Cynical,” which comes from the Bridges, Bright Nights & Thieves compilation record. The album title cleverly binds together the titles of the last three Cavo records, Bright Nights Dark Days, Thick As Thieves, and Bridges, with the songs featured on it a collection of previously unused songs from the recording sessions for these albums.

All eleven songs featured were written between 2008 and 2016, with “Cynical” a bit of a forgotten gem that was the first song written during the recording of Bridges. It was written the first night they spent writing together and although it didn’t make the final track listing of that album, it was important in that it helped illustrate to the band members at the time their potential as songwriters.

With a few words on the new record and “Cynical,” drummer Andy Herrin told us, “When we started looking back at these songs in the archives, it was like hearing them all again for the first time. Sometimes you spend so much time on songs that you forget to really listen to them. I feel like we really found a special collection of songs and we’re all excited finally letting them see the light of day.

“‘Cynical’ has always been special to me as it was the first song to come out of the writing process for what eventually became Bridges. We were fresh off the Carnival of Madness tour 2012 and as tight as a band could be.

“I remember we wrote ‘Cynical’ that very first night of writing and we all felt really stoked on it. It came together so easily and although I loved the Bridges version of the song, this original has always been my favourite. It’s a snapshot of the band at a time when anything seemed possible, and when I hear it now, I still feel that way.”

It’s easy to think of Bridges, Bright Nights & Thieves as a b-sides album, but the band is just as proud of these songs as they are any that have appeared on their four studio records. Over the last couple of years, Cavo has self-released a few of these tracks, including “Wreck Me,” What Does It Feel Like,” Without You,” and “Wolves,” but with so many others sitting on the shelf, they wanted to give them a proper release on an album. Some of the songs only existed in demo format, but they were so pleased with them that they decided to reimagine and rerecord them, which has given them more of a current feel.

With a little bit of old and a little bit of new, Bridges, Bright Nights & Thieves makes for the perfect transition into what’s to come on Cavo’s upcoming brand new studio EP, which will be ready for release before the end of the year. 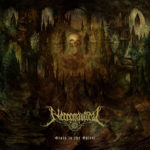 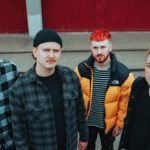