Brit punk-pop crew, downcast, have just released their jaw-dropping new single, “Britannia Mills,” Combining the contagious fluency and dexterity of Blink-182 and Neck Deep, meshed with the emotive appeal of The Wonder Years, downcast have everything in place to drop their eagerly awaited debut album in 2022.

Vocalist Liam Edwards recently discussed the track, saying “‘Britannia Mills’ describes a challenging time in my life where I had to deal with a lot of traumatic experiences. I found myself in a bad situation that I eventually walked away from. The song describes the things that happened during this time and the struggles that I had following it.”

Following the release of their new single, we linked up with the band for our latest Stereo Six, in which they share with us six marquee songs that have helped them channel their emotions into their music.

Liam Edwards: “Often when I’m writing, I find that honesty can put limitations on my choices of words. Sometimes what I really want to say doesn’t fit the section of the song that I’m trying to work it into. It’s often a struggle to convey a message that’s true to myself without jeopardizing other aspects of the song. Does it rhyme? Is it catchy? Is it structured in an effective way? ‘Noises’ by Pale Waves ticks all of these boxes whilst still sharing raw emotions and personal experiences with the listener. I listened to a lot of Pale Waves around the time of writing some of the songs on our upcoming record, and I have no doubt that they’ve influenced my songwriting.”

Edwards: “The story that this song tells and the way that it makes you feel is something I don’t think any other artist could re-create. In the same way that Dan Campbell from The Wonder Years does, Phoebe Bridgers is able to sing about her own experiences and make the listener empathize with her on such a unique level. I think artists often try too hard to be relatable, and it comes off as disingenuous. I always admire songwriters who are able to make the listener feel a connection between themselves and the music without intentionally being vague to allow the lyrics of the song to be subjective.”

Ben Lucas: “Everyone takes the piss out of me because I add so many layers of guitar harmonies, but fuck them. I’m just building the harmonies up to the point where I write a song half as good as this Christmas Number One.”

Lucas: “Although we didn’t think about it while writing the song, looking back, there are some similarities between the ‘Britannia Mills’ outro and Blink-182’s ‘Feeling This.’ I never think about specific bands when I write music, but having listened to Blink for most of my life, I can’t help but be inspired sometimes.”

Jeff Bowyer: “Across our new tracks, you will hear more ferocity and tension, which we have experimented with more than before. Knuckle Puck have that similar dynamic and grittiness to their sound, and ‘Pretense’ is a good example of where we have drawn that influence from. It takes no prisoners from the get-go, but after blasting you with intensity, the middle eight gives you a delicate moment to breathe before sending you face-first into a final heavy chorus.”

Jamie Hill: “Although I’ve always had a love for pop-punk, I typically come from a heavier background, so most of my influences come from hardcore and metalcore. Counterparts are a band I draw a lot of inspiration from, as I love their high energy throughout all of their material, and they are a collective of absolute musical geniuses. Having only joining downcast earlier this year, I wasn’t involved in the writing of the upcoming record, but I look forward to adding my style and flair to future releases.” 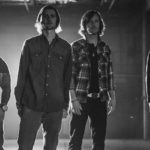 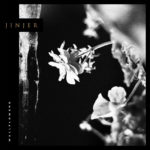