Black Label Society has confirmed that Doom Crew Inc., their 12-track eleventh studio recording, will drop on on November 26 via Entertainment One (eOne). Accompanying the news is the lead single and video for “Set You Free,” which can be viewed below.

Recorded in frontman Zakk Wylde’s home studio, the Black Vatican, the album features musicians Dario Lorina (guitar), John “J.D.” DeServio (bass), and Jeff Fabb (drums). Wylde comments, “We incorporated Father Dario even more into the solos, doubling with me and being more involved in that regard. It really, truly is a two-guitar album, more so than ever. A twin guitar band, whether it’s the Allman Brothers or Judas Priest, with harmony lines, unison lines, and trading off solos. It stemmed from the live shows, where we’d both go into the crowd and extend songs like ‘Fire It Up.’”

Black Label Society will hit the road this fall on the Doom Trooping Over North America tour starting October 1 in Sacramento at Ace of Spades with openers Obituary and Prong through November 28 ending in Albuquerque at the Sunshine Theater. The band will then finish up the tour from December 27 to 31 with Prong and Armored Saint – see full tour details below and tickets on sale now. 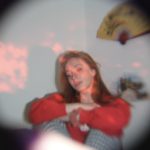 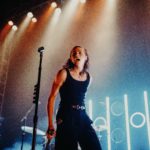