Rap legend and Mass Appeal Records co-founder, Nas has confirmed that his latest recording, King’s Disease II, will drop on August 6th at midnight EST via Mass Appeal. The album is the sequel to the Grammy Award-winning (his first-ever Grammy win, this one for “Best Rap Album”) 2020 release, King’s Disease. 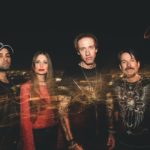