A blend of comedy and seriousness, the band’s new video for their new single, “Promenade”, is simple in context but was recorded during one of the most turblent years of intense introspection for the band.

“The intent of the promenade music video was to keep it simple. It’s essentially just a video about us collaborating and writing the song together! Just a bunch of guys being dudes!” explain the band and, you can see what “a bunch of guys just being dudes” is like by checking out our exclusive premiere of the video right here:

Just before the release of the single, we spoke to the band to find out more about the track and their reasons behind quitting their jobs and moving to Chicago.

So, tell us about packing up and relocating to Chicago. What prompted that?

Nate Finn: “It was difficult leaving my family, and lifelong friends, even if it is only a couple hours away. It was also amazing. It felt very freeing to pick things up and go all in on my favorite thing ever. This was the first time in my life I was a part of a project I really believed in, as well as a group of people that shared my drive and passion for music. It’s been an incredibly positive influence on my life and attitude.”

Has Chicago lived up to your expectations?

Anthony Hish: “I think it definitely exceeded expectations! We moved to Chicago from Champaign, Illinois so it was a huge difference culturally, but I feel like we’ve all adapted fairly well. We all live together in a 6 bedroom apartment so even through the pandemic we’ve been able to keep each other company and enjoy ourselves. We’ve also been able to practice a lot in our basement which we’ve outfitted into a little studio. Luckily our upstairs neighbours don’t really mind!

The live music scene in Chicago is awesome and I can definitely feel a resurgence going on as the world becomes safer. There’s always something around the next corner and as a “Yes” man that is incredibly exciting. In the area we live, we have tons of great and diverse restaurants and bars just down the street and they are overrun with lots of great characters. The summers are the best, even through a pandemic. On the weekends we’ll typically hang at the lake during the day, head back to our place to grill out then have a bonfire later in the night.”

Any worries or apprehensions about quitting your jobs in the middle of a pandemic?

Anthony: “We actually quit our jobs and moved up just before the pandemic, but yeah I was definitely very nervous. I never got any internships in college and hadn’t really held other significant jobs so my resume was sparse, not to mention I didn’t really have any direction in life outside of the band. I want to say I applied to at least 20 different jobs, interviewed with at least 5 of those and only got one temp job after all of that. Once the pandemic hit I was incredibly anxious about losing my job since I was only a temp worker, but they liked me a lot and I learned pretty quickly how to do my job well so they gave me a full-time offer! It’s great having a simple desk job to support the music career. Otherwise living in Chicago would be much more difficult.”

What’s life been like in Chicago over the last twelve months?

Henry Arp: “It’s been challenging for sure, but also excellent in that it’s given a lot of us time for introspection and personal growth. Internal reflections I’ve had throughout college, coupled with the pandemic over the past year a half, have turned into demos on my desktop. Hoping there just might be a silver lining to it all! Very excited to share the quarantine creations!”

We’re premiering your brilliant new single, “Promenade”, can you tell us the story behind the song?

Stew Arp: ““Promenade” is a song about self-growth and personal reflection. It’s about learning from past mistakes in an effort to become a better you. The main character in “Promenade” is having a 1 on 1 conversation within themself about themself. In the second verse, I say, “you’ve been pacing, not facing all of the problems in your life, and it’s f&*king up your vibe, but you never know what’s going on inside” which I think is a relatable lesson for everyone. Quit avoiding and deflecting the problems and obstacles in your life. Listen, learn, and grow.”

Have you been writing much new material during lockdown?

Nate: “Lockdown gave me the opportunity to really dig into harmony and theory, which helped me be a little more creative with my progressions. I’ve been writing a little less, but the quality seems to be developing more. That’s a trade I’m pretty happy with. As for Zorila, we seem to be stepping into a slightly more “harmonically informed” zone of writing. It’s so cool to have a group of guys that want to make music that is very fun to play, but easy to listen to. And I think we all really dig the direction we’re going in.”

What are your plans now that life might be returning back to some form of new normality?

Henry: “My plans are to play as many shows as possible with the band, release some bangers, and hang out with my friends/family again. It’s been far too long!” 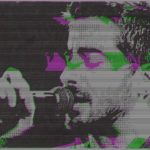