Here in the UK, restrictions and plans are changing on a seemingly daily basis, so we thought it would be useful to round up all the latest tour news and festival updates in one handy place. Keep checking back as we’ll be updating this on a regular basis until shows start returning in the, hopefully, not too distant future.

What: Royal Blood
Where: Various Venues
When: July/August 2021

Latest Update: Having not played a proper show since August 2019 when they played Leeds Festival, Brighton outfit Royal Blood have announced a slew of intimate club shows around their upcoming festival appearances at Tramlines in Sheffield and Victorious Festival in Portsmouth this Summer. The band will play shows in Bristol, Newcastle, Norwich and Hastings with their full arena tour confirmed for March and April 2022.

Latest Update: A thunderstorm of extreme metal will be rolling over Europe in February 2022! Californian deathcore outfit Carnifex teams up with Chelsea Grin to tear apart venues all over the continent. Starting in Karlsruhe on February 4th, the tour will travel 23 cities bringing heavy neckbreakers and massive breakdowns to the people – together with their high class support bands Lorna Shore, Varials and The Convalescence. The tour hits the UK on February 6 when it arrives in Birmingham.

Latest Update: Wednesday 13 and his band of devilish ghouls are set to hit the road once again this October for the Halloween Crusade Of Blood Tour, their first UK headline run in over five years. Wednesday’s theatrical live shows are the stuff of legend, so you won’t want to miss his brand new stage show. The full run of 16 dates kicks off on October 26, 2021 in Plymouth and runs through to November 19 where it winds up in Bristol. Support for the tour comes from Sumo Cyco and Sick N’ Beautiful.

Latest Update: Less than 45 days to go until Bloodstock returns and organisers have announced a batch of new additions and changes to the line-up. UK fools Lawnmower Deth will replace Thursday night Sophie Stage Headliners Night Flight Orchestra while Brit heavyweights Conan replace SOEN who were due to play the stage on the Friday night. In other changes metal bruisers Divine Chaos replace Lost Society on the Main Stage on Friday, Lotus Eater replace Savage Master, Shrapnel replace Noctem and Necronautical replace Blasphemer. Finally, dark metal squad Spectral Darkwave have been added to the Jager Stage on the Sunday.

What: Avatar
Where: European / UK Tour
When: January 2022

Latest Update: Avatar have announced they will be leaving “Avatar Country” in January to head out on their “Going Hunting” UK and European Tour. The band says, “We have announced many tours over the years, and every time we say that we couldn’t be more excited. Well, this is the tour that was supposed to be announced a year and a half ago. A year and a half which has felt more like a lifetime. Saying we couldn’t be more excited is an understatement. Never before have we ever been this hungry and passionate to create a show for you and for ourselves. We are not leaving anything behind. This show will be the most beautiful, angry, entertaining and honest production we have ever done. We are sparing nothing. We live and die for this. We are Going Hunting!”. The 29-date tour kicks off January 8, 2022 in Nottingham taking in some of the band’s biggest headline shows to date before ending at Slagthuset in Malmö, Sweden on March 12.

Latest Update: In support of their 20+ year anniversary collection which includes seminal records 2000’s Everything You Ever Wanted To Know About Silence, 2002’s Worship And Tribute and for the first time, a live album from their legendary 2011 The Forum London set called Live At The Forum, legendary New York post-hardcore band Glassjaw have announced a special US tour along with two very special UK shows in London. Playing two shows in each city, the band will play Everything You Ever Wanted To Know About Silence and Worship And Tribute in full at each show.

What: Gojira
Where: European Tour
When: January – March 2022

Latest Update: French progressive metal titans Gojira have announced their eagerly-awaited return to Europe with an extensive tour from January to March 2022. The new dates feature special guests Alien Weaponry and Employed To Serve. The first leg kicks off on January 17th in Finland and closes in France on February 9th, with the second leg picking up in The Netherlands on February 20th and wrapping in the UK on March 14th.

What: Black Spiders
Where: UK Tour
When: July 2021

Latest Update: Having returned from hiatus in 2017, Sheffield rockers Black Spiders have now announced a batch of UK clubs shows for later this month. Kicking off in Chester on July 21, the band will play five shows across the UK finishing up at Steelhouse Festival in Ebbw Vale on July 25. The dates are in support of the band’s self-titled album and will be preceeded by the release of a new single “Give Em What They Want”.

Latest Update: South-coast 3 piece indie-punks GLOO have announced a run of UK tour dates in support of their highly anticipated sophomore album How Not To Be Happy which is set for release on 27th August 2021 through UK independent, Hassle Records. The dates kick off with an album release show in Littlehampton on August 27th, with the full run starting on September 3rd in Southampton and running through to Bristol on October 9th. 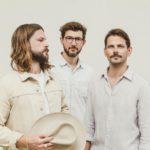 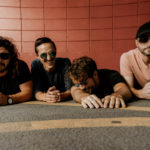