Are you ready? We hope so because Trickshooter Social Club has got the car running and they’re ready to take you for a long, glorious ride through the country with their latest music video for “Honey, I Believe.” The video is perfectly aligned with the band’s southern vibe that they bring to their own brand of classic American rock n’ roll, infused with elements of garage rock and southern rock.

The song is the latest from the group since the release of their November-released single “Here We Are,” and their summer 2019 album, American Experiment. “Honey, I Believe” was written somewhat like a story taking place from the point of view of a female protagonist, full of mixed feelings about life. It’s in line with the band’s resilient attitude about the control one has over their own life. Part of the foundation of this message is the belief that one can change everything to make life more ideal if they really want to.

Elaborating on the significance of “Honey, I Believe,” the band told us, “This is a song about redemption, resiliency and the sublime freedom of saying fuck it. In this song, our female protagonist is simultaneously filled with hope and hopelessness, fear and fearlessness, despair and ecstasy. She decides that she believes she can change everything. The ‘Honey’ she is talking to is, of course, herself. And she does, in fact, change things. She grabs her partner, her regrettable cigarettes, and her dignity, and she hits the road in search of her own demons and angels. And she finds a glimmer of something that looks like truth among the ice machines and Bible drawers of a questionable motel somewhere in East Tennessee. May we all be so lucky.”

Formed by Steve Simoncic and Larry Liss, Trickshooter Social Club has expanded into the size of an actual real-life social club, now encompassing eight members in total. They have previously released three studio albums, including American Experiment, which they teamed up with Grammy-winning producer Jon Zacks on. The band has become a local institution in their native Chicago, regularly attracting big crowds to local live staples like the House of Blues Chicago, Club Metro, and Lincoln Hall. They’ve also crisscrossed their way around the U.S., providing support for national acts like Peggy Young and the Survivors. With their live presence taken away from them over the last year, the group has focused on writing and recording, with their hope to have a whole new slate of songs to deliver to their fans in some hopefully upcoming regional tours.

With the summer here and live shows returning, it’s nice to have the comforting presence of honest, working-class rock bands like Trickshooter Social Club. 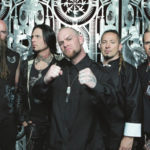 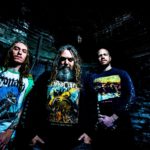