If you fancy Canadian indie rock, well we have something very fancey waiting for you. This type of fancey would be Todd Fancey, guitarist extraordinaire of The New Pornographers, bassist for Limblifter, and an impressive solo artist in his own right. Believe it or not, it’s been 17 years since Fancey released his debut solo effort, Fancey, which he has just followed up with the debut of his fifth solo record, Eyes of Fire, on June 17th. This is something a little different and more experimental for Fancey at a time where he is looking to push his own musical boundaries.

For Eyes of Fire, Fancey worked alongside the impressive young vocalist Saveria, a professional singer since age 12, and an American Idol contestant in 2020. Saveria’s voice brings a whole new dynamic to Fancey as a solo artist, with his sound more unpredictable and spontaneous than ever before. It’s something of a reinvention for him, offering you a different taste from his growing musical palate.

With Eyes of Fire now issued, and Fancey showing even more fearlessness in how he goes about his recording career, we thought what better time than now to catch up with him for a few questions. We discussed his musical direction as a solo artist, his early point of view on going solo, working with Saveria, and of course, Eyes of Fire.

Your musical output as Todd Fancey is quite a bit different than that of The New Pornographers. What would you say motivates the musical direction of your solo material?

Todd Fancey: “I guess that love I have for the AM radio hits of the ‘60s and ‘70s is still the main driver for me. That includes the Philly stuff, I’ve kind of never left that era emotionally and I’m fine with that. That’s what motivates me… chasing those AM radio hits in vain with my own songs.”

Your first solo record Fancey came out in 2004 when things were obviously going really well with The New Pornographers. What prompted you to branch out on your own when the band had really taken off?

“I’d been walking around writing songs in my head for many years and I felt compelled to try and at least make good recordings, which isn’t easy! I felt I finally was getting somewhere just about three years before I joined the Pornographers… so my first release in 2004 had been in the works.”

Was there any initial hesitancy to go solo for fear that it may interfere with the chemistry and success of the band?

“Yes and no. The band was very encouraging and enthusiastic about my first album so that helped it not be too embarrassing. But yes, it can get a bit weird trying to do the same thing… releasing pop music and feeling like an ass about it sometimes. The band has really given me so much and then some but I also knew I wasn’t in any danger of overshadowing them! I mean, they say you should play with people more talented than yourself.”

Eyes of Fire is your fifth solo album. When did you begin recording it and how long did that process take?

“I started in March 2017 with Allan Rodger right after Love Mirage was released and the process took all the way up until the first single was released (‘Love is a Rainbow’) on April 30th of this year. The beauty of no physical product is that you can improve all the way up to release. Sometimes those last months are when it just starts getting good! I was going to be done two years ago but a co-producer of mine, Bob Wilcox, laid down tons of backing vocals at the last minute and brought in Saveria which made me want to take more time with the songs.”

You worked on Eyes of Fire with the extremely talented vocalist Saveria who you connected with after she appeared on American Idol. How did you initially get acquainted with Saveria? Were you introduced to her?

“Well I’ve never actually met Saveria, but we have since had lots of discussions on the telephone and have worked remotely very well together. As I mentioned, Bob Wilcox of London, Ontario brought Saveria in for female leads for one or two songs…then we wanted more. Saveria actually produced most of her vocals on ‘Someone’ in her home. She also brought in Christopher Evans to direct the ‘Someone’ video.”

You’ve certainly met a lot of talented musicians over the years, but to collaborate with someone suggests that you really think highly of that artist. What convinced you that Saveria was the right person to work with on this record?

“Just hearing the results of her first vocal session for the album. She was so fast in the studio and enthusiastic it was more like, ‘I hope she will do more songs with me!’”

It’s approaching two years since the release of The New Pornographers’ eighth album In The Morse Code of Brake Lights. Where do things currently stand with the group? Are you looking to record again sometime soon?

“We are well on the way to having another album ready… soon… but no spoilers from me! I did my guitar parts in December 2020 in my home. For me, it was such a great time recording my parts and it could not have come at a better time. I have to say, it was a major boost to be working on a new NP album again, especially during dark times for the world. I went back and forth with Carl on email song by song. A lot of it has been done remote obviously but I can tell you that New Pornographer fans are going to LOVE the new songs!”

It’s been almost 25 years since The New Pornographers formed and over 20 years since the release of your debut Mass Romantic. How do think the band has changed in that time as a musical unit?

“We’ve become better players through all the touring for one thing. In a way though, it hasn’t changed that much as I see it… and that’s a good thing!”

You’re nine albums in as a band now, and you couldn’t have had a better start with the critical acclaim that came with Mass Romantic. What has been your personal favourite era of The New Pornographers?

“Morse Code is my probably favourite era because I love the album but also because you appreciate the little things about being a travelling musician the longer you do it. I know I’m a much happier musician on the road now (or should I say last year) than I used to be. It’s too bad I didn’t appreciate it more when we started.”

What’s next for you as a musician? Do you have any other projects on the go, or at least ideas brewing in your mind?

“Yes, I’m heading into the ’80s for the next Fancey album… I just can’t decide if it will be like Human League or Atlantic Starr!” 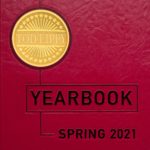 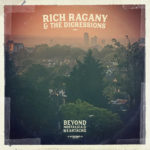