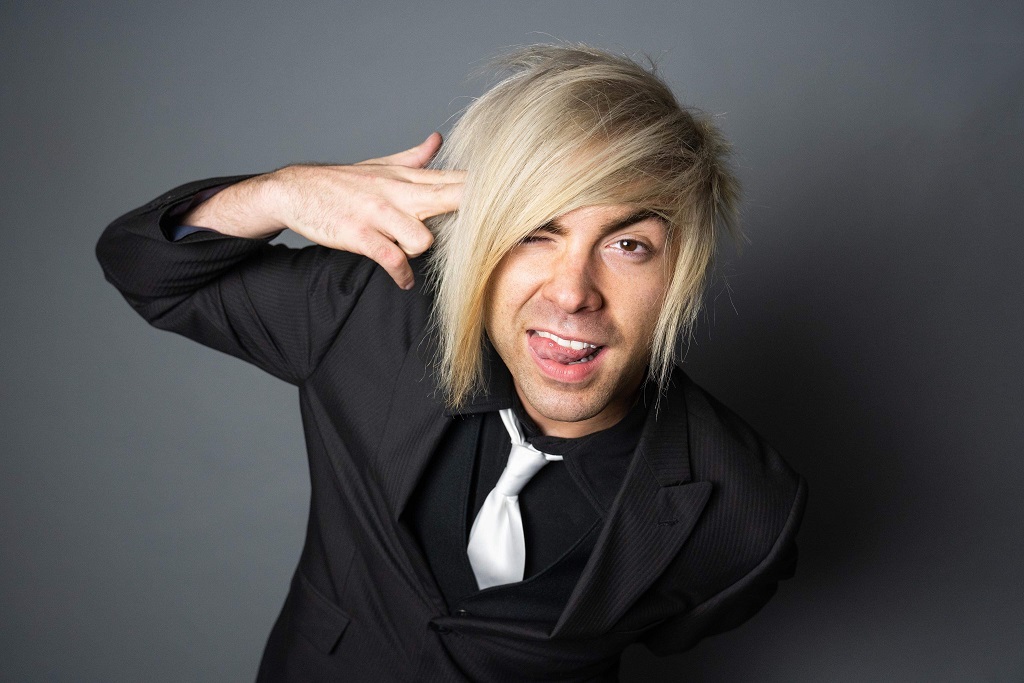 With over an entire year of touring gone to hell now, musicians have had to focus on other ways of being creative and spending their time productively. With his 2020 mostly an entire write-off for many, Jake Bartolic thrust all of his creative energy into his solo project Morning in May.

About two weeks before the pandemic resulted in global lockdowns, Bartolic had released his Morning in May EP, Somewhere In Slumber. It was unfortunate timing because it meant that there would be no touring behind the record, but that didn’t stop him from further expanding and developing his solo project. Among his many releases over the past year have been the single “Everybody’s Innocent Here, Don’t You Know That?,” “Orpheus In Retrospect,” a collaboration with Craig Mabbitt, a cover of Halsey’s “Without Me,” and a blistering rendition of Fall Out Boy’s “Yule Shoot Your Eye Out.”

These consistent releases have helped Bartolic garner a new recording contract with Manic Kat Records and the March-released single “A ‘You Up’ Text From Death.” Morning In May is Bartolic’s channel for reinventing mid-2000s emo and backing it with a searing post-hardcore backbone.

Speaking of 2000s emo, it’s a time period of music that Bartolic has a lot to say about. So it made a lot of sense to connect with him to get his opinion on the Top 10 emo songs of the 2000s, which he has so kindly shared with us today.

“Cute is THE song. The emo anthem. The song everyone knows. All of the raw momentum and angst on high for three and a half minutes. The words and energy just explains what I have going on inside. TBS nailed every aspect of what pop-punk/emo should be. We covered this song live for a while and it was always my favourite part of the night. Everyone just came together to sing both parts. You can tell a lot by who sings what parts. We have our Adams and we have our Johns. This song still holds up to one of my favourites today.”

“This was the first song I heard live without any prior knowledge of the song. I heard (lead singer) Buddy (Nielsen) yell the chorus. I thought to myself, this is super catchy, what in the world is this? The rest of Warped Tour I just kept singing the hook. I looked up the little bit of the words I could make out on the internet like we did back in the day and boom! ‘Buried a Lie’ popped up. I listened to this song over and over and over. I thought Buddy’s voice was what emo should be. The execution of the song is just unreal. The music video screamed myspace and it was just a great time.”

8. “Baby You Wouldn’t Last One Minute On The Creek” – Chiodos

“(lead singer) Craig Owens was an absolute scene king, his voice is just super cool. You could almost tell exactly who a person was if they knew this song. If you played the intro and didn’t see the other person’s eyes light up or they aggressively told you to ‘just stop and drop everything’ then you just couldn’t be friends with them. They don’t have the same mental bloodline as you. So what was the point of continuing talking to that person?

There’s so much going on in the song that was paving the way for new songwriting. There was almost no structure. They just did what they wanted when they wanted and had so many classic parts. My band started out played a lot of venues that Chiodos played and it gave me a sense of security knowing hey, I know this venue’s small and out of the way, But my favourite bands have played here made it all seem worth it.”

“Coming home from school I would always throw Fuse or MTV on and they would have their top 20 countdowns, or just trending songs. I obviously gravitated towards the rock genres. One day coming home I threw my bookbag down, grabbed my remote for my microphone and I noticed a bus pulling up with Ronnie Radke driving on my TV. As soon as the dialogue was over and I heard, ‘ah mom, you know I’m not like the other kids, I’m weird and my pants are too tight’ I was like yep this is going to be awesome. Situations covered the attainable taunchiness without getting completely in trouble. Not that I was ever into the whole ‘getting girls’ persona I just saw how much fun a band could have and how ridiculous you could be.”

6. “The Only Exception” – Paramore

“This song always makes me think of Twilight, that whole era, This song really made me feel all the ways I’ve wanted to make others feel. I wasn’t really a mushy love guy, always eye on the price, but every time this song came on I’d turn into a baby. This song kind of takes the breath out of you and makes you think about what you have, what you want to have or the person you want to be. Whether or not you have a person like that in your life or you are just on your way to meeting them. The slow pace made me feel like there was some balance in my life. This song still has one of my favourite outros. When Hayley (Williams) sings ‘I’m on my way to believin’ still gets me.”

“Other than being storytelling lyrical genius. I thought this song was so weird at first. It sounded like Brendon Urie just rambled and threw some beats and guitars over it. Which I’m still not too sure they didn’t do exactly that. The songs just so frickin cool. Showcasing his voice and all the things you can do, not just standard ‘sing this part whiny’ a lot of other bands were doing. Cellos and orchestral sounds really took over in this song making it dark, sexy and that boyish charm thing that made the band huge. I listened to this song over and over. The song really showed me diversity and outside the box thinking when I approach songs.”

“Downfall was the first song I heard by ADTR. Whenever anyone was trying to write a riff or needed a foundation for their ‘new hit’ for their metalcore band it is downfall. The song literally just shoves me into Warped Tour. Like I’m walking around panting and melting back into the sidewalk waiting to see my next favourite band. I think of summertime when everything seemed to be way ahead of me and I was ready to get to work.”

“When I started getting into different things to say or topics to cover, I really loved the way Fall Out Boy did it. Quick-witted, self-loathing, but knowing I’m kind of cool was their signature thing. I really thought that was true in my case. The intro of the song you could hear just one second of and completely put me in the ‘right mood.’ The song is just perfect from the feel, the music video, the lyrics, and the instrumentation was emo gold.”

“‘A Box Full of Sharp Objects’ was the perfect energetic song that just expresses how I feel. Sometimes no words can say what you want. But when (singer) Bert (McCracken) screams and attacks the mic it’s a feeling of relief. Like, ‘there, someone said it’ if I could puke into a microphone and it came out angelic like that. I’d feel pretty good about myself. The lyric ‘it’s our time to shine’ just hits every time. I listen to it until this day.”

“‘Coffee Shop’ is one of the best songs I’ve ever heard. The energy and the feel, I listened to it probably 20 times a day on average when I heard it. I wanted my band to be the culmination of that song. That song made me want and feel how’d I imagined the guys in All Time Low felt. Just being young and in the game. Having fun and a world in front of me.”