Let’s be honest, who doesn’t like an absolutely rippin’ guitar solo? We all do. From the moment we all heard Randy Rhoads and Yngwie Malmsteen wringing some out-of-this-world sounds from their axes, we were hooked. Bryce R. Van Hoosen, guitarist for rising Portland power metal band Silver Talon, is no different so, after checking out their Decadence and Decay album, due out on May 28th through M-Theory Records, we got this guitar guru to pick his all-time favourite guitar solos.

“This is probably a strange choice for any fan of Randy Rhoads, but the Randy solo that had the most impact on me was the 21 second solo on the track ‘Diary of a Madman.’ The phrasing sounds completely twisted, and Randy manages to sound positively expressive while leaning into this totally dissonant scale before finishing it off with a classic pentatonic run. I guess he had a lot of trouble soloing over those chords, but the end result speaks for itself. When in doubt, get weird and dissonant.”

“This whole song is one big tour de force of Yngwie’s lead playing, but the part that really gets me is the bridge solo at 2:34. The bends are so tasty, and the phrasing is technical and full of incredible feel all at the same time. I honestly don’t think Yngwie gets enough credit as a feel guitarist, as his technicality easily overshadows that aspect of his playing, but come on, you can’t tell me that opening four note sequence doesn’t make you go ‘oh yeah!.’”

“This entire track is a smorgasbord of great guitar playing, and I can’t pick just one solo that I love above the rest. The interplay between Andy and Pete on King Diamond’s ‘Them,’ and on ‘The Invisible Guests’ in particular, is the stuff of genius. Sebastian Silva and I learned this song pretty much note-for-note for our King Diamond cover band, and were honestly amazed at how fluid the interplay between the two guitarists is. You almost can’t tell where Andy ends and Pete begins. Just great playing throughout.”

“This was the first Jason Becker song that really got me. The whole thing is like a five-minute and 40-second solo that takes the listener on a journey through time and space. Somehow Jason played every note, used every guitar technique, and still managed to sound atmospheric. Maybe that’s why he called this one ‘Altitudes,’ it’s the musical equivalent of floating in the clouds before hitting jet thrusters and skyrocketing to the stratosphere. One of the best tracks from one of my absolute favourite guitarists.”

“Another weird choice from a Savatage fan, but I really think ‘Edge of Thorns’ took Criss Oliva’s playing to another level of expressiveness. He absolutely dominates this solo, starting off with some tasteful lead playing before turning up the intensity and going free time, then comes back in with the tastiest bend ever once the beat drops again. Just a masterfully executed solo from a guitarist who, sadly, left this world way too soon.”

6. Michael Romeo – “Of Sins and Shadows”

“I first heard this solo on an instructional video that Michael Romeo did for Young Guitar in the ‘90s. I can’t really remember under what circumstances I actually saw it, but I remember being completely floored by the opening tapping passage. Between the insane shred of Romeo, and the keyboard playing of Michael Pinnella, it sounds like a lost track from a Castlevania boss level. Definitely a sound that I’ve aspired to in my playing.”

“To me, this is the quintessential John Sykes solo. His vibrato on this one absolutely cannot be contained, it’s so wide and expressive. I think David Coverdale actually decided to re-record ‘Crying In the Rain’ for Whitesnake’s 1987 album specifically due to the fact that John would rip such gnarly solos on this one live. During the Slide It In tour, he’d take an extended solo during ‘Crying In the Rain’ that was always epic.”

“Here’s a classic and highly regarded solo amongst fellow guitar solo aficionados! I wonder if Jeff ever gets tired of people praising this one? He’s done so many ferocious solos in the 20 years since Dead Heart In a Dead World came out (including on Silver Talon’s cover of ‘Battle Angels,’ plug plug), but this one is too weird not to love. The famous picking passage is the stuff of legend at this point, but the way Jeff comes out of that is what impresses me the most. Fluid and incredibly expressive.”

9. Michael Schenker – “Into the Arena”

“Schenker shows exactly why he’s the master of badass pentatonic styling on this instrumental track from the first MSG album. I found a TAB of this in a super old copy of Guitar For the Practicing Musician from the ‘80s that I learned note for note. A lot of guitarists will try to shed the pentatonic thing as they progress, but the first solo from ‘Into the Arena’ lets us know exactly why we shouldn’t do that. Literally every lick Michael plays on this solo is perfect for stealing (I mean repurposing) in your own music, and it’s all gloriously pentatonic.”

“This is the solo that made me want to drop everything to go practice guitar. The first few bars of this solo are both mind blowing and face melting, and literally had my young mind going, ‘ok, that’s how I want to play guitar!’ And then it just goes on and on, like a mini symphony in the middle of a damn song. Everything about this solo is perfect; from the explosive intro, to the riffing harmonies, to the delay effects making the tapping parts sound like alien communication, it’s complete and utter heavy metal guitar solo perfection throughout.” 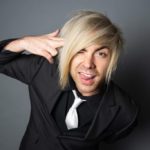 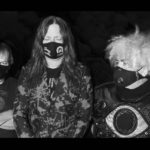