We all love those headline-grabbing groups with their big personalities, top-dollar album productions, and huge OTT stage shows but, sometimes, you just want to put on a record and know it’s going to rock the fuck out of your day. Kentucky rockers Black Stone Cherry are one of those bands so, if music played with that kind of proud-of-your-roots honesty floats your boat, add Georgia natives Blackberry Smoke to your playlist. Fully embracing their Southern roots, their new release You Hear Georgia is ten tracks of sizzling, classic Southern rock.

Now twenty years into their career, You Hear Georgia is an absolutely wonderful listen. Track after track of blues-soaked Americana, each one given a warm, polished production, as the Georgia outfit takes you on a trip back to the ’70s. From the honkey-tonk stomp of “Hey Delilah” through “Ain’t The Same” where the band kick back and reflect on days gone by, every song on this album feels like it comes right from their hearts.

And it’s this honest-to-goodness vibe that the band gives off through their music that is precisely the reason why they’ve been at the top of the Country/Americana/Folk league table for the last two decades. From tracks like “Lonesome For A Livin’” with that lazy, chilled-out country drawl to rough-around-the-edge rockers like “All Rise Again” and “Morningside,” You Hear Georgia is an album that couldn’t be more proud of its roots if it tried.

Spoken in the same breath as legendary acts like Lynrd Skynrd, Willie Nelson, and the Allman Brothers, Blackberry Smoke are a band who wear their hearts on their sleeves. They make no attempt to hide their influences or the source of their inspiration. You Hear Georgia may not be an album packed with originality but, when you feel that twinge of sadness during “Old Enough To Know” or the urge to crank up the stereo as “All Over The Road” wails into life, you can sit back and enjoy the ride knowing that you’re listening to a piece of work that has come straight from the heart. 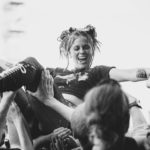 Playlist: Take a Listen to the 2021 Louder Than Life Lineup 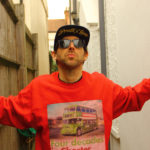