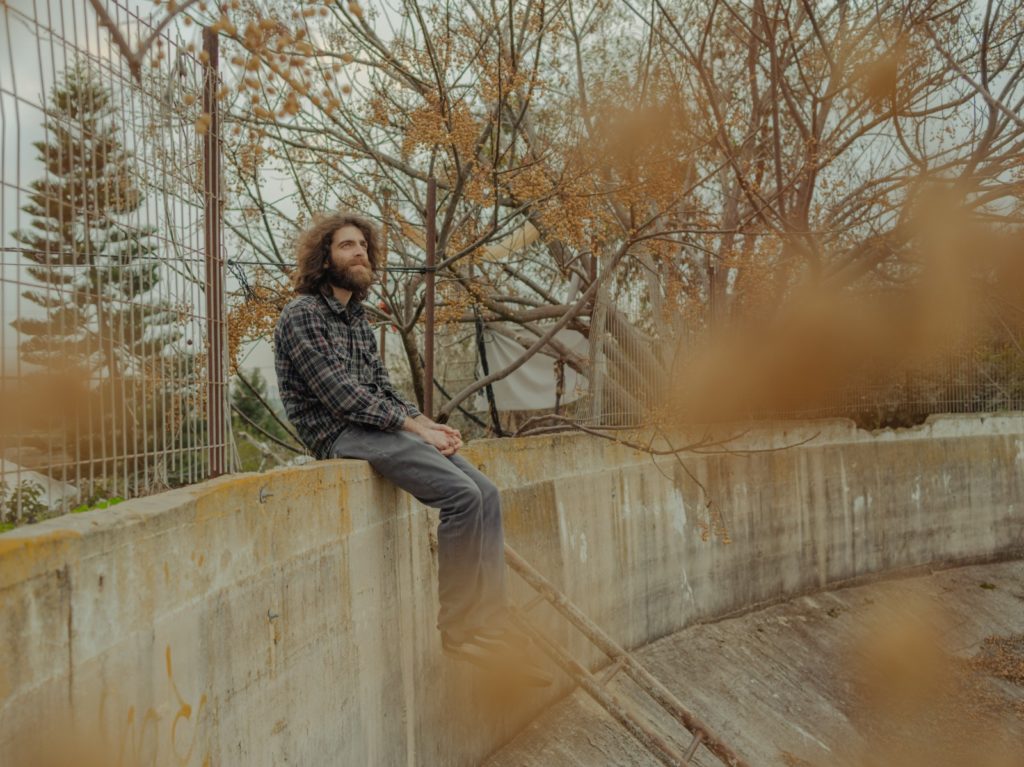 All that hesitancy of yours? Yeah, you could leave it at the door today for Trace Kotik’s breathtaking new music video. Kotik took the scenic approach when it came to shooting the clip for his latest single “Hesitant,” as you’re exposed to some of the most beautiful environments the world has to offer. The song comes ahead of the release of the Tel-Aviv-based artist’s new album Everything has been done by now, so now everything is possible…, due out on April 23rd via IMU Records.

Putting some context behind the new song and the video, Kotik told us, “The ‘Hesitant’ video is a montage and mixture of friends, past adventures in Israel, Europe, and the U.S., animals, and sceneries. Broken-up bands and past lessons/teachers, overlapping shots that made me feel something that one alone just couldn’t, me walking in the fields of my hometown filmed by my sister and mother and my current bandmates. I think it serves the teared-up lyrics justice, not to mention the song’s title, it is filled with hesitation, but I’m really certain about it for some reason.”

Ambitious in nature, Kotik really set out to put his best foot forward when he began to write and record Everything has been done by now, so now everything is possible… He has spent several years fine-tuning his songwriting skills, and it shows with some highly ambitious arrangements that are scattered throughout the record. The album has actually been long in the can, with it originally set for release in 2019. As a result of some personal issues, and the neverending pandemic, the album kept getting pushed back, but it’s now arrived and was most certainly worth the wait. From a stylistic point of view, it maintains an inventive indie pop approach that’s both unique and modern. Produced and recorded entirely by Kotik himself in his countryside studio an hour outside of Tel-Aviv, the album is honest, poetic, and even at times philosophical.

Kotik was previously known for being a member of the Israeli indie rock band JON. After recording a debut EP, artistic conflict soon contributed to the band breaking up which led Kotik to reinvent himself as an artist and begin work on his debut album. As a child, he grew up in Mishmeret, a community near the sea and forest in rural Israel. His father, an industrial designer and hobby guitar builder, first ignited Kotik’s interest in music when he built his son a custom guitar. Many thousands of hours of practicing that custom guitar later, Kotik is ready to emerge and impress the rest of the world with his powerfully intimate and moving songs.