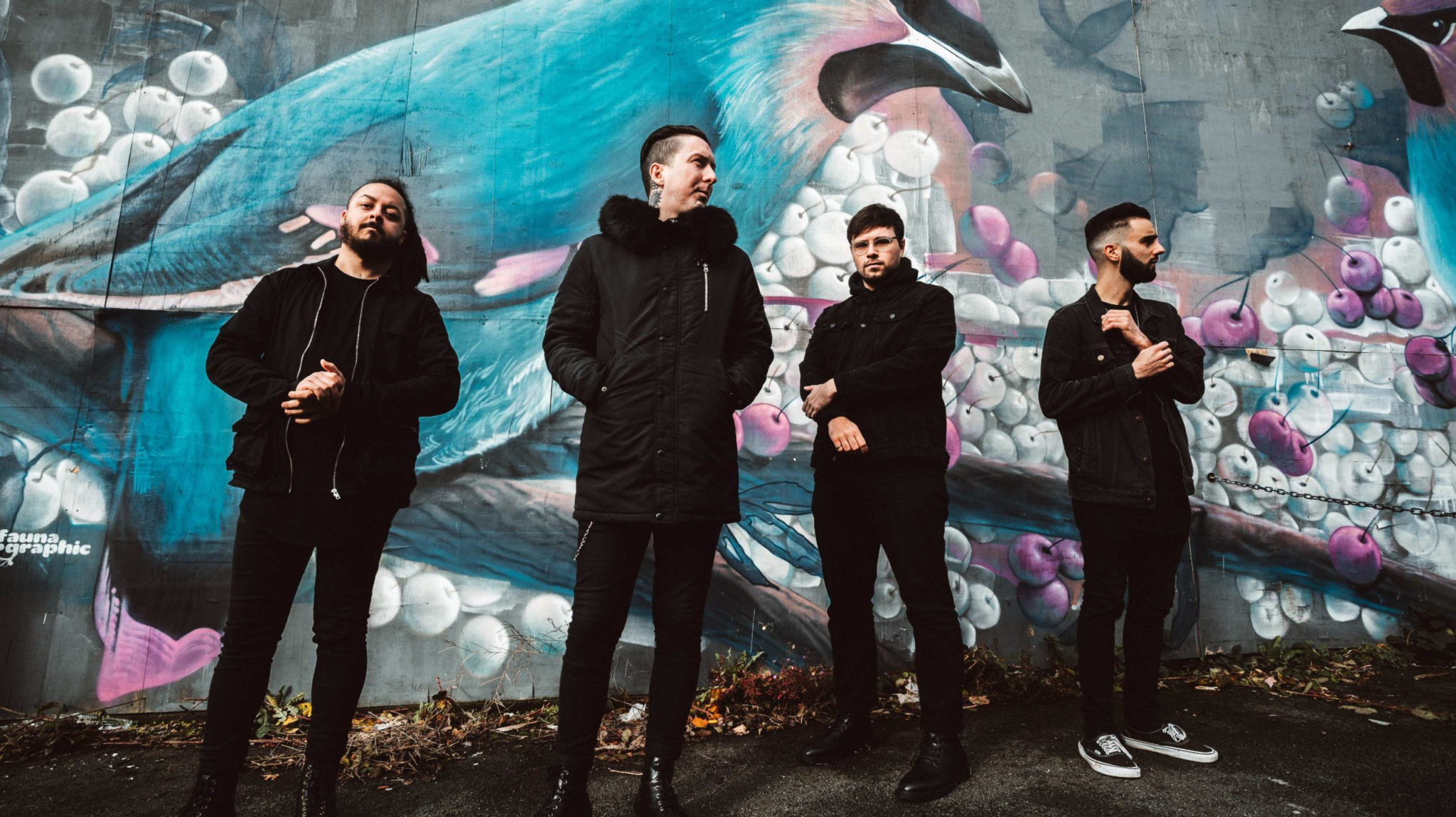 For Liverpool band Death Blooms, 2020 was a pretty good year on a musical front. After being handpicked by the team running Slipknot’s inaugural Pulse of the Maggots online festival, the band have built on the momentum of last year with the recent release of their crushing new EP, Fuck Everything. Inspired by the darker side of modern society amongst other topics, we spoke with vocalist Paul Barrow about how life has been for him and the band over the last twelve months.

Paul Barrow: “Thanks for having me! I hope you’re well. Yeah, fine, I guess? Everything considered, definitely fine!”

You’ve got the new EP, Fuck Everything, coming out. Tell us a bit about it?

“We were actually all geared up to release our debut album, but with everything that’s happened, we needed to adapt. There were some really angry songs on there and a couple we didn’t really know what to do with, in all honesty. Our label came up with the great idea to split off a few songs into an EP and all of a sudden it all made sense. I think, even down to the name, it encapsulates what most people are feeling right now and just seemed like the perfect way to vent a lot of current frustrations.”

Would it be fair to say that it has been inspired by the state of the country/world at the moment?

“Yeah, absolutely. To be honest, the songs were all written before the pandemic and the state of the world at that point in time, so they’ve just taken on a slightly new perspective and to me, actually feel more poignant than ever.”

During lockdown and the last twelve months, what has life been like on a daily basis in Liverpool?

“I don’t really know, I’ve spent almost all of it inside! But that’s just consisted of a lot of Netflix, guitar playing, and trying not to lose my mind.”

What has been the one thing that has caused the most frustration and anger on a personal level?

“Just not being able to do shows and meet new people. I really love that side of music, the community, the shared experience. It’s unrivalled, in my opinion.”

Channelling that anger into your music, how much of a help is that to you?

“It’s everything for me, personally. It’s absolutely my therapy. Sometimes I kind of find myself not really knowing how I fully feel about certain things and scenarios until I start writing about them, and then I’m like, ‘oh, shit. So that’s how I feel!’”

On a band level, last year had some highs as well for Death Blooms including the Pulse of the Maggots Fest. How would you sum up 2020 for you as a band?

“I think it was absolutely the best year it could have been, all things considered. It was a real honour to be asked to be part of Pulse of the Maggots.”

Has appearing on such a high-profile event like Pulse of the Maggots and being noticed by the likes of Slipknot and their team opened any new doors for you?

“I mean, just being noticed by those people is kind of mind-blowing. Like, everyone who plays music always kind of hopes their heroes would give them some acknowledgment, so just that happening in the first place was kind of overwhelming! I guess in terms of new doors, time will tell!”

You’ve opened with some equally high-profile acts. What do you learn from being in those environments?

“I think in that situation it’s just important to take everything in and listen. Artists and events staff in those scenarios are slick professionals. It’s just important to be available and respectful when you’re there because, without those people, you wouldn’t be there.”

You’ve spoken about frustration and anger but also about fighting back. Could you expand on this?

“There’s still so many things that just aren’t up to scratch in society, not even fucking close. Equality in all forms doesn’t exist. Oppression is very real. It’s happening every day. It’s up to everyone to see this and up to all of us to change our mentalities and how we treat every other person.”

When life starts to return to normal, what is the one change you hope to see in people?

Given that life looks like it could return to some form of normal in the next few months, what are your plans for the rest of 2021?

“For the time being, we’re just going to concentrate on when we can release even more music, and then hopefully, if all goes well, we could be playing shows again by the end of the year.”

“Thanks for taking the time to ask us questions and thank you to anybody who’s reading and who has supported and is supporting our band. Anyone new, hello! Welcome! We appreciate every one of you so much, it means everything that you listen to our music and anything we have to say. I hope you’re all well and safe. We’ll see you all soon.”