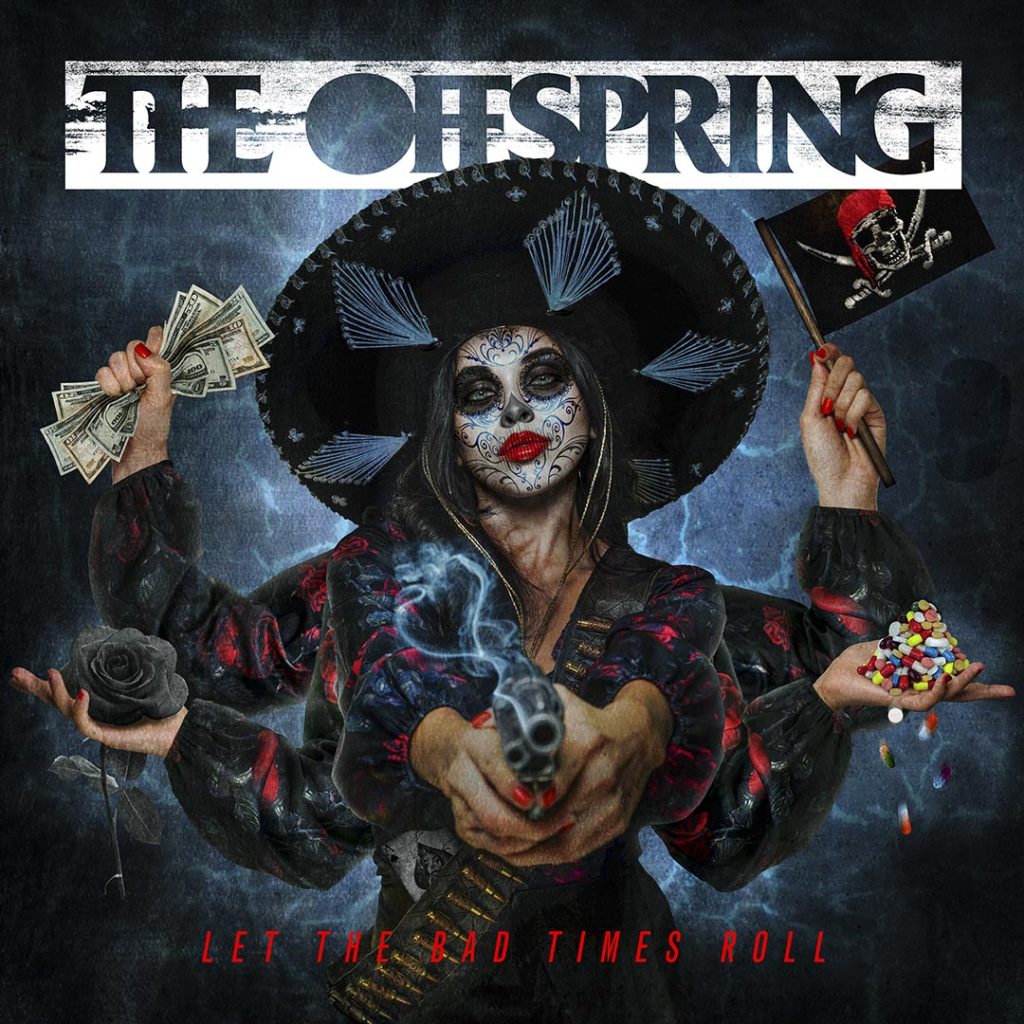 It’s been over 12 years or so since The Offspring released Days Go By, their last studio album, and it is probably for the best given that the band has, let’s be honest, only put out some mediocre records since 1998’s Americana. That’s not to say each release didn’t have its share of bangers, but aside from the occasional tune, all were quite forgettable for the most part. The good news is that Dexter Holland, Noodles and Pete Parada appear to have returned to the drawing board with Let The Bad Times Roll as it really does capture the spirit of the early days of the group.

The opening track, “This is Not Utopia,” is a politically-driven assault on the current state of the USA complete with fast-paced riffs and gang chants. If it wasn’t for the distinctive sound of Holland’s vocals, it could easily be mistaken for an Anti-Flag track. This is just a taster for the spectacular title track of the record, “Let the Bad Times Roll.” The tune is almost perfection and embodies the very essence of The Offspring; sing-along lyrics and danceable riffs. Its only failing is the way the track just fades out. For such a catchy song, it almost feels like the band simply couldn’t find a way to close out the tune on a high. Still, it does feel like the anthem for lockdown life!

“We Never Have Sex Anymore” is another stand-out tune from this collection. The track has a jazz/big band feel to it that creates an atmosphere of pure musical joy which is a stark contrast to the song’s subject matter of living in a soulless relationship. The crowning achievement of Let The Bad Times Roll has to be “Gone Away Requiem,” a fresh take of the 1996 original from Ixnay on the Hombre. It is much slower and sombre than the original and shows a side of the punk icons rarely ever seen and demonstrates that the group can be so much more when they choose to do so. This welcome but out-of-character approach is mirrored in the record’s closing track, “Lullaby.” This song doubles down on the emotion in a similar way to “Gone Away Requiem” with Holland utilizing an autotune effect to add a layer of hypnotism as the record comes to its conclusion.

Let The Bad Times Roll is a return to form for The Offspring and, whilst a little rough around the edges, it feels that the group has pulled themselves out of the rut that was the 2000’s to deliver an album that feels fresh whilst reconnecting with the early days. Hopefully, we will soon be able to enjoy these songs live so instead of letting the bad times roll, we can once again let the good times roll!