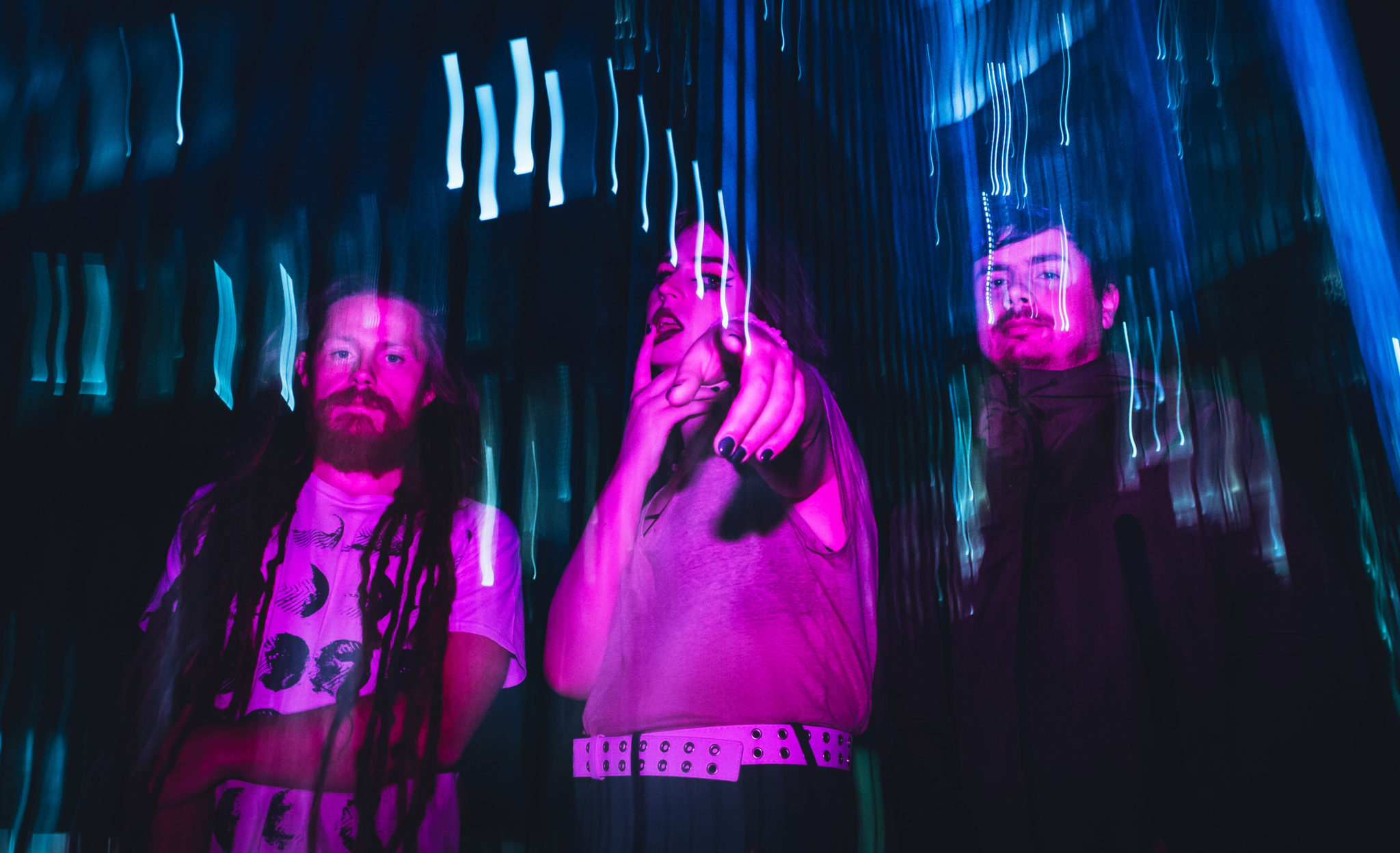 Like the city itself, the London extreme music scene has diversity in all corners of the city. From hardcore to death metal to black metal, the extreme music scene in the capital has a wealth of variety. Step up Pupil Slicer, a band putting their own twist on the chaotic hardcore sound with influences from Botch to Vein. Their brutal, chaotic sound immediately caught the attention of the people over at Prosthetic Records, with the first fruits of that deal being the group’s unapologetically vicious new album, Mirrors. To find out more about the highly-rated hardcore outfit, we had a chat with vocalist Katie Davies.

Katie Davies: “It’s been a pretty crazy time recently since our album dropped, the response has been insane and we couldn’t have hoped for it to go any better!”

The debut album is out now. It’s an incredible album and one that has achieved a lot of praise so far. For anyone that hasn’t heard it, what can they expect from it?

“It depends on how well they know the scene. To someone into their metallic hardcore, I’d say the Dillinger Escape Plan, Converge, Pig Destroyer, and a bit of Deafheaven all stuck in a blender together and out comes us. From a more general standpoint, we’re basically a very chaotic hardcore punk band with some death metal riffs thrown in for good measure.”

You’ve been compared to bands like Vein and End, and there is so much going on in your sound. Where do you think your sound sits in terms of the extreme metal scene?

“As stated previously, I would say we definitely fit more into the hardcore scene alongside Vein and End, rather than the metal one with say, Cannibal Corpse. There seems to be quite a strong revival at the moment of the kind of early 2000s chaotic hardcore that was popularized by bands like Converge, The Dillinger Escape Plan, Botch, and Coalesce and it’s really cool to be a part of that.”

As I said, you’ve been compared to some incredible bands. Are those the kind of bands that influence you? Given the range of your sound from mathcore to death metal to grindcore, I’d imagine your influences are equally as wide-ranging?

“Yeah, we definitely pulled from many different influences. There was no, one sound we were trying to capture on this album and we love so many bands that we really wanted to take influence from the best of all of them. We tried to not put any limits on where we were going and just write whatever came naturally and we thought sounded good.”

The album is out on Prosthetic. How did that deal come about?

“It was pretty straightforward really! I just sent the album over to Prosthetic and within the hour Steve had got back to me saying he loved the first songs he heard and would show it to the others. Within the week we had a deal!”

You’ve spent two years essentially finetuning your sound, how has your sound and the band changed over those two years?

“There was a lot of evolution from 2016-2017 while we were finding our sound. I think the main part was that I was terrible at guitar when I started the band and I’ve gotten better over time which allows me to write stuff that more closely reflects my vision. By the time our last split in 2019 came out, I had already finished writing Mirrors but it took quite a while to track everything and really get the finished product sounding the way it does.”

What is the most important lesson you’ve learned during that time?

“I started out writing with our original vocalist who had to leave a short while into the project. After that, me and Josh Andrews (our drummer) were left with this project that was getting gig offers and we didn’t really know what to do next. It was around then that I realized there were really no barriers on our music and we could write whatever we wanted without having to pigeon-hole ourselves into say just pure grindcore or powerviolence. After that, things seemed to really start flowing creatively.”

The album is absolutely flawless. Do you think the fact that you spent time on it affected the overall end result?

“There was definitely a lot of work that went into tracking and producing the album, but the core of it remained very stable from the original 2018 demos that were made. It was more like slight tweaks to how individual riffs were played, changes to drum fills, adding an extra guitar layer here and there and working with Pedram at Outlier Sound on some of the glitchy parts that put the cherry on top.”

Lyrically then, what inspires you as writers, and could you talk about some of the topics covered throughout the album?

“On previous material, the lyrics were written by our old vocalist so this was my first time approaching writing. I felt with how much effort had gone into writing the instrumentals that I should spend just as much time crafting a narrative and the lyrics to be something to match the rest of the album. Thematically, the album is very introspective and personal but I’ve tried to maintain a layer of mystique and open-endedness that leaves songs up to interpretation, the general themes, however, are around injustice in society, depression, anxiety, and abuse.”

Somebody made a comment on one of your videos about you filling a big “Dillinger-sized void” they had in their lives. How do you feel about a statement like that?

“(laughs) Well those are quite the shoes to fill, I’m not sure if we would live up to that, although I have seen many people comparing Mirrors to Calculating Infinity-era TDEP and that’s really cool to hear that people are getting that impression. It’s even funnier that it looks like our second LP is going more in the Miss Machine direction so far, keeping up the parallel.”

I’ve seen a few live videos from gigs around London. What was the extreme music scene like in London (pre-pandemic)?

“Oh no, those live videos online are pretty awful! The one full set that’s up is perhaps the worst show we’ve ever played as everything went wrong and my guitar strap broke, I broke a string and I ended up playing the entire set sitting down. We’re hoping to really up our game when we get back out there and do justice to the record. As far as the extreme music scene in London, there was a pretty healthy scene going on, although it was less of a London-focused thing, it was more of a general UK scene that centered around bands playing in London. We have loads of fantastic friends we’ve made playing gigs and we hope to make many more as we get back to playing gigs.”

As life starts to return to normal, what are your plans for the rest of 2021?

“For the rest of 2021, we’re trying to finish up writing our second LP. I don’t see gigs happening this year, but it’d be cool if they did. We’re mostly looking forward to 2022 when we’ll be able to get out there touring this album and meeting some of our fans!”

“Thanks so much for having us! Our debut album Mirrors is out now on Prosthetic Records and you can purchase it at pupilslicer.bandcamp.com, pupilslicer.bigcartel.com, or via your local retailer!”