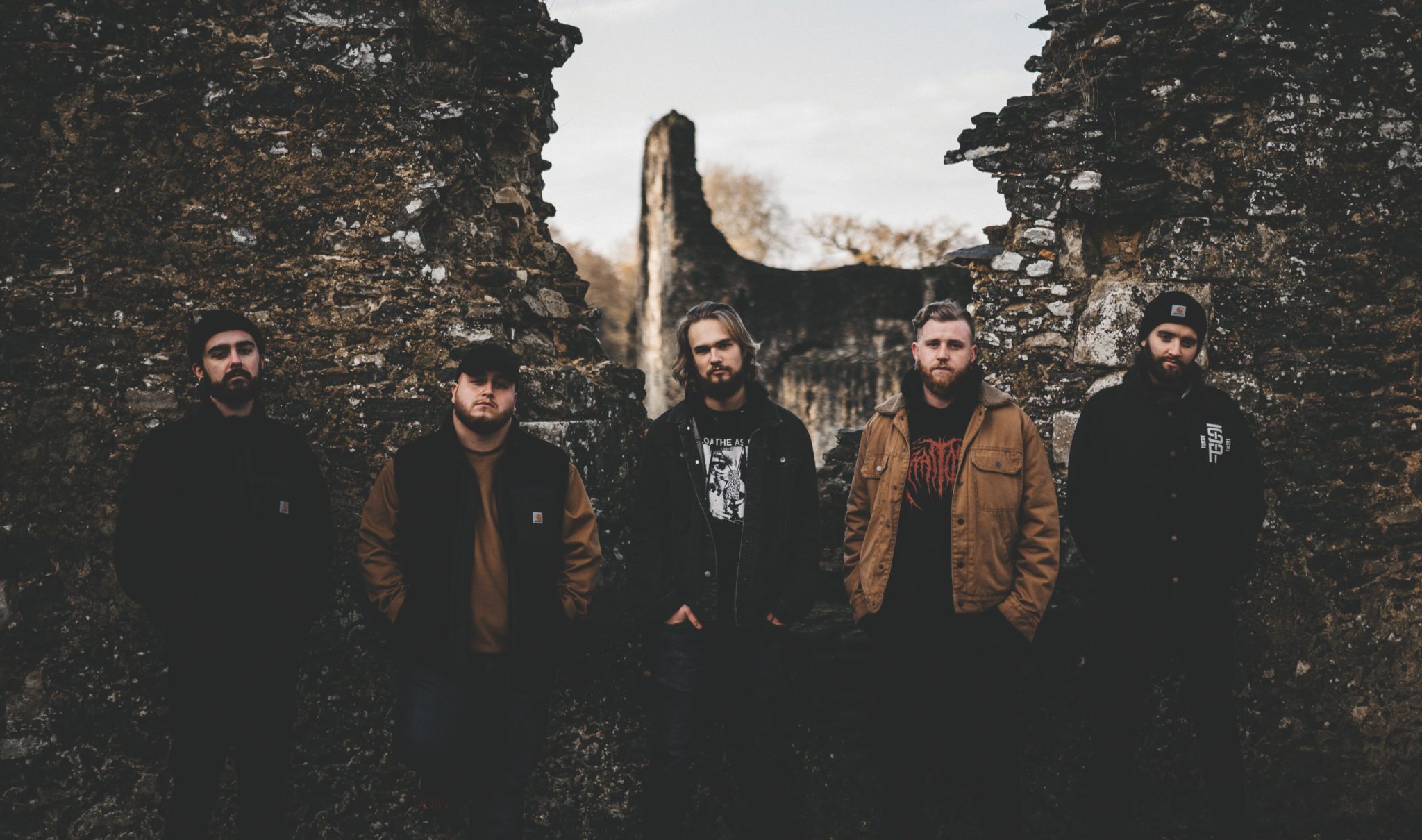 Relentlessly heavy, UK deathcore mob Bound In Fear, recently dropped their crushing new EP, Eternal, through Unique Leader Records. You can read our recent review of the said album here, which, since dropping, it has become one of our go-to releases when we feel like punching a wall through.

Clearly sharing our love of all things brutal and nasty, we got vocalist Ben Mason, and guitarist Steven ‘Shunt’ Hunt, to compile us a list of their essential “anger management” tracks. So, if you’re having a bad day, sit back, crank these beasts up and prepare for shit to get nasty.

Steven ‘Shunt’ Hunt: “This whole album just smashes front to back. This album blew my socks off and it was crazy hard to pick just one song! I kind of wished I’d have gotten into them earlier so I could appreciate the progression from Bloodlust (2000) to this. The previous album had a song called ‘Two Inches From A Main Artery,’ which was a slapper, but I didn’t rate the previous vocalist. But I digress…

This song, this album! Nate (Johnson) is a crazy good vocalist and a massive upgrade, in my opinion, the blasting drums and the dual guitarist riffs all sit so well together and have such a cohesive sound. This album got RIPPED every week on my drive to band practice in 2007, no exception. The section at 1:35 hit me so hard way back when I first heard it and it changed the way I thought about writing riffs, that weren’t just balls to the walls shredding.”

Ben Mason: “The Acacia Strain are one of the best bands to really let off some steam. I’ve picked this track in particular because the breakdown at the end of this song was one of the first times I remember being truly terrified by a breakdown. It’s a combination of the repetitive guitar line at the end (Jaws, anyone?), (Vincent) Bennett’s brutal vocal delivery, and the scathing lyrics that make this such an effective track closer.”

Mason: “Cannibal Corpse are the daddies of death metal, and this is the track that shows them slowing down the usual head pounding blast beats and tremolo picking to drop a downtempo groove that makes you just want to dance. I remember seeing them play this song live for the first time in 2014 on a rainy Halloween night in London, and it took my breath away at how heavy and groovy it was live. Bearing in mind how long they’ve been in the game, their new track ‘Inhumane Harvest’ proves that they’ve still got it.”

Shunt: “0:50, contender for the heaviest breakdown ever written! Other than Incisions (2013) Oceano’s other albums are all in my top 20 easily. The combination of the weird tuning, punishing riffs (super fast contrasted by extremely slow), and (singer) Adam’s (Warren) ridiculously punishing vocals are a winning combination for me. Fun fact; I had a minor car accident to this song, unfortunately not as the breakdown dropped but I think that’s the only way it could possibly hit me any harder.”

Mason: “I am a huge fan of Loathe, and this song is truly one of their heaviest and bleakest. The soundscapes they build are so effective in making you feel a variety of emotions; each song on this album is like a rollercoaster! It will break you down, and build you back up again, an absolute must-listen for fans of all types of metal. Loathe are one of the most unique and exciting bands to listen to at the moment.”

Shunt: “This is my favourite album, I’ve got a big old Genesis tattoo on my chest for good reason. I felt that this one has all the aspects of what they achieved from changing up the sound; as much as I enjoyed Doom when it came out, this new more mature death metal-driven sound was so much more shocking, fast, and weirdly groovy. I’ve been a sucker for it ever since… Again, it was really hard to pick just one song from this album!”

Mason: “Winds of Plague were one of my introductions to deathcore, and boy what an introduction it was! I remember the crushing slowdowns and riffs, embellished with awesome orchestration, was something so fresh to me at the time and started a journey of trying to find the most awesome deathcore I could. The 2018 re-recording of this track shows that it stands up today as well, where orchestration and dense soundscapes have never been so important to deathcore.”

Shunt: “What a title track, and what a band. This album went through my friends like wildfire, we hadn’t heard anything like this before. Again, it’s real damn hard to choose a favourite, but my choice means I could cheat and choose two! The ‘Alien’ aspect which then swept the scene was legendary. Micheal Keene playing technical and catchy riffs, Demon Carcass on vocals, and Lyle Cooper on the drums was an almost perfect blend. Keene’s note choice and playing capabilities and Cooper just being terrifyingly good whilst looking like he’s playing chess in his pants was such a vibe.”

Mason: “Ingested have been writing slams since before I knew slam existed, and this track was recently remastered to celebrate the 15 year anniversary of their debut EP. The blast beats, brutal vocals, and angular guitar rhythms are such a pinnacle of Ingested’s sound (and of modern death metal as a whole, thanks in no part to this band in particular), but back then it must have felt so fresh and exciting. An Ingested show is always the best way to manage your anger.”

Shunt: “More Alien undertones inbound! A combination of crazy heavy fast riffs and ominously slow breakdowns grabbed me again, it was the first time I’d taken real notice of putting big gaps in ‘chug’ patterns which really changed the way I thought about writing breakdowns. This track in particular has a really great rolling breakdown pattern that goes hand in hand with very catchy riffs surrounding it, which is why out of their catalogue of bangers it got the nod for the list. Jay’s a phenomenal drummer, but all the members of this band are so technically proficient, it is insane! After playing with and seeing them live multiple times they never drop a beat. Ever.”

“No good playlist just has ten songs, so here are some honourable mentions.”

1. “Every The Black Dahlia Murder album ever written. No comment.”

“Just when you thought they were retired, blamo, they came back firmly on top of the game.”

“That breakdown in the title track is just terrifying.”

“These guys are obviously a huge influence on the early days of Bound In Fear, so to exclude them from the list would be criminal! What a band, and it’s amazing to see how far their music has progressed.”

“Is there a better example of purely ignorant music? This band knows how to slow it down just right, and make you want to destroy anything within 100 meters of your fists.”