Atmospheric black metal really is my go-to happy place music: a paradox, I know, but it is what it is. Sprawling monuments of ruin and despair, populated by bleak misgivings and haunted by Jungian genetic memory archetypes – these are the themes and sounds that get my blood racing. Wolvencrown’s latest EP, A Shadow of What Once Was, is consequently exactly what I am looking for in my daily playlists, building perfectly on the strong foundation laid by the likes of Drudkh, Imperium Dekadenz or Winterfylleth. The latter is a particularly apt name to bring up, as Wolvencrown shares several characteristics with Manchester’s greatest gift to contemporary black metal: not only do both acts hail from the island nation of Great Britain, but they also both place heritage front and center when developing lyrical themes.

As such, A Shadow of What Once Was is more than a record, it’s a history lesson; but it goes beyond that, too. It’s also a moving expression of dissatisfaction with the status quo – a typical black metal zeitgeist, but one delivered here with touching authenticity. Furthermore, it’s also a celebration of bardic tradition and an exercise in musical storytelling. While the first two cuts on the EP (Parts 1 and 2 of “A Shadow of What Once Was,” respectively) stick with the expected format of melodic, soaring sequences conveying forgotten atmospheres while maintaining a metal edge, a grit that threatens the deep-seated violence of ancient battlegrounds, it’s the final track that stands out.

“Coming to an End” breaks the black metal mould somewhat, channelling dungeon synth sensibilities in its keyboard-driven doom and gloom. And while dungeon synth overall can become monotonous, here’s an example other proponents of the genre can learn from: deep, mysterious and layered, capable of generating believable ambiance without resorting to B-grade horror effects. It calls to mind Satyricon frontman Sigurd Wongraven’s 1995 solo album, Fjelltronen, which remains some of the finest dungeon synth ever committed to tape.

As is expected then, A Shadow of What Once Was is entirely my cup of tea and, very hopefully, a sign of great things to come: a foretelling of a fitting follow-up to 2019’s excellent Of Bark and Ash.

A Shadow of What Once Was Track Listing: 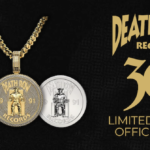 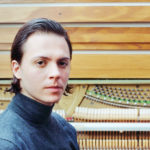