Despite being dominated by one brand for many years, there are plenty of other high-quality combat sporting organizations putting on regular top-quality events. One of those organizations, ONE Championship, is returning to break into the U.S. primetime market. Offering fans of combat sports a breathtaking mix of mixed martial arts, Muay Thai, and kickboxing, we spoke to ONE Championship Chief Marketing Officer (and veteran of the U.S. hardcore/punk scene), Jonathan Anastas, about the immediate, and long-term global plans for the organization.

Thanks for your time. Big plans for 2021 for ONE Championship. What are your hopes for the year ahead?

Jonathan Anastas: “We’re very much looking forward to being back in primetime on TNT alongside AEW (All Elite Wrestling). We had to slow our re-entry into the U.S. primetime market due to the pandemic. While our major events were live on Bleacher Report, the times were not ideal for American audiences. We’ve got really exciting cards that showcase our unique take on martial arts and MMA. ONE has more than 150 champions across many styles of martial arts. It’s a roster built to impress while also delivering the hope, positive attitudes, and inspiration we’re known for around the world.”

Obviously, re-entering U.S. primetime will be a massive deal for ONE. Going back to 2011, what was the company’s goals and how did ONE want to be different than other MMA promotions?

“Long before ONE Championship (ONE) became Asia’s largest global sports media property in history, ONE was conceived as a celebration of Asia’s greatest cultural treasure, martial arts, and its deep-rooted values of integrity, humility, honour, respect, courage, discipline, and compassion. ONE Championship’s sacred mission has always been to unleash real-life superheroes who elevate the world to dream more, do more, and be more in life.”

If the shows are a huge success, have you and Turner Sports thought longer-term about the U.S. combat sports market and ONE?

“Our partnership with Turner Sports was formed with a long-term multi-year vision of what combat sports in the U.S. could be. More positive, more inspiring. Featuring superheroes, not super villains. While our 2020 primetime plans were postponed by the pandemic, we’re excited to be back for 2021.”

What are your hopes and plans for ONE Championship on a global level?

“ONE is already Asia’s largest global sports media property in history. And, according to (social video analytics company) Tubular Labs, we ended 2019 as the #4 sports property in the world when looking at social video views. For 2021, we look to continue our growth in all of our key markets and look to continue putting on top-notch events, while always placing the safety of our athletes, staff, and fans at the center of all that we do.”

Before ONE, were you ever involved in combat sports? If so, when did that journey start and what lessons have you learned along the way?

“While my experience pales compared to that of our founder or our athletes, so very much a novice and low-level, I was a varsity wrestler in high school and, as an adult, I boxed for fitness under legendary boxing trainer Freddy Roach at Wildcard Gym in Los Angeles. We were both from Boston and I was introduced by his ex-partner Mickey Rourke who I met as we shared a muscle car mechanic in Hollywood. It was humbling, hard and tiring work. Barebones gym. No frills. Surrounded by pros and hard cases. But I never quit, I never stopped coming. After maybe six months, I was walking out and Freddie said to me ‘you know, when you started here, you were the worst boxer in the gym. Now, you may not be the worst anymore.’ That was the biggest compliment I got. I learned grit. And I learned how to largely self-motivate.”

What do you think combat sports fans will get out of the ONE Championship events that will make them stand apart from other promotions in the U.S.?

“ONE has achieved some of the highest TV ratings and social media engagement metrics with our unique brand of values, world-class athletes, and world-class production. ONE features bouts across the full spectrum of martial arts such as Muay Thai, kickboxing, mixed martial arts, karate, silat, sanda, lethwei, taekwondo, submission grappling, and more. The ONE athlete roster has over 150 World Champions (across various martial arts disciplines, making it the largest collection of world champions of any organization on the planet).”

If we were to speak again in twelve months’ time, what position do you hope ONE Championship would be in to deem the year a success?

“To successfully launch our ONE on TNT series in primetime. To produce some of the finest cards seen in US martial arts and MMA. DJ is the GOAT. Eddie Alverez is a two-promotion world champion who is hungry for his third. He speaks of the high level of competition at ONE being his toughest challenge yet. We also hope to inspire MMA fans with our unique brand and vision, focused on integrity, humility, honour, respect, courage, discipline, and compassion. It’s possible to be both exciting and also inspirational. The world, and the U.S., is ready for some positive energy.” 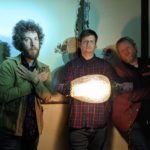 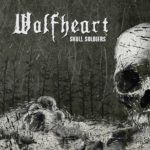