It’s been an interesting few months for Swedish occult metal band Tribulation. Readying themselves to release their new Century Media Records-released album, Where the Gloom Becomes Sound, the group was left to deal with the departure of guitarist/songwriter Jonathan Hultén. However, having regrouped, bringing longtime friend of the band, Joseph Tholl, into their ranks, vocalist Johannes Andersson is excited to see what the future brings as we found out when we spoke to him recently.

Thanks for your time. Your new album is out shortly which you must be pretty excited about but, at the same time do you get the feeling of “what next?” knowing you won’t be able to tour it for a while yet?

Johannes Andersson: “Not completely, I haven’t been thinking like that. It might come over in a month or two but, for now, it feels like we still have to release albums. All bands have to. You can’t let the pandemic stop music from being produced and released. That would also be giving up if you just put the band and your releases on pause. If you put your creativity on pause then that would be like giving up unless you had some other interest to take over.”

You went into the studio to record the album in April at the beginning of the pandemic when life in Sweden was very different to the rest of Europe. What was that period of life like, and what was it like recording an album during that time?

“As you said, Sweden did their own thing so it wasn’t that harsh in the beginning. The bars were open but, of course, we didn’t want any of us to get ill of course because we were about to spend so much time close to each other so we of course were precautious. At the same time, it was still fresh then and not as big of a deal as the second wave became. It feels like there are not many friends left now who haven’t had it. It’s definitely magnitude now in Sweden. We stayed as healthy and did less of the things we usually do. We spoke about it at the time and said that if someone got it then we would have to postpone it which was not what any one of us would have liked.”

In terms of writing the album and recording in the studio, how did that work?

“This was time it was probably the best time we’ve had. That sounds strange but it was a good studio and, for the first time ever we actually had windows in the studio because the studio was on the fifth floor so we had an amazing view. It made the two months much less grim I guess. It felt very relaxed and we tried not to overwork ourselves. We were not stressing about getting the record finished.”

Why do you think it felt less stressful this time?

“Maybe because we finished the album in the studio. The demos were done so we spent at least ten days just rehearsing the songs in the studio. It was like a luxury rehearsal in the studio. Everyone had headphones and talk-backs and their own mixers. We could put the final touches to the record together as a band instead of one guy just presenting a demo and us working on that. When we felt warmed up we pushed record. We also kept the drums set up throughout the session so we could just go back and change anything if we wanted.

Usually, the drummer has his week and then he’s done and out of there. Making it like this meant we could break it up into three or four songs at a time. It was very nice breaking it down for my vocals because it meant I didn’t have to do them all in one week. Maybe it’s the new recipe for us to do it this way?”

I was going to say, is that working formula the way you will look at working in the future?

“It feels like so now. Looking back at it was way more comfortable than making previous albums. Who knows? Maybe this is the way? It gives the band a chance to be together more as well and discuss this in much more detail. We could have a more lively debate about things when they come up. It’s good to have all the band in the same room. I don’t know how other bands prefer it as before people would only turn up for their parts with the producer. Now, because all the guys were there, you could get your feedback instantly.”

Going back to December, you had a fairly important lineup change when Jonathan Hultén left the band. Was this expected and can you talk us through your feelings about this period?

“Yeah, it’s been chaotic but not super surprised I would say. It was very strange timing on his part. Maybe that was the surprise but the actual decision of leaving wasn’t a major surprise. He’s been drifting off a bit more than usual for the last year keeping even more to himself. That’s fine, you know, because touring is exhausting and, sure, you don’t want to hang out every day but, lately, he was more distant than usual. When we spoke just me and him, it was not that positive.”

Jonathan has been a major part of the band’s story having been in the lineup for 16 years. Was there any concern from the rest of you as to how this would affect things?

“Nobody knows at the moment, it’s still kind of fresh. First of all, it will be strange not having him on my right side when we’re on stage as he’s always been there but I’m not worried because the new guy Joseph is definitely not new (laughs). He’s been our best friend forever and the way he writes songs we always identified with. He has the same kind of musical language, very melancholic and sad. It fits Tribulation well.”

You must be quite excited then about the future?

“I’m more excited or even curious as to how we’ll sound on the next album or EP or whatever we do. It’s a positively anxious kind of feeling. I want to hear it now already (laughs). First off, we’ve got this album and then we tour on it when that is allowed. I’m not worried about it at all because it will still sound like Tribulation just somewhat different of course. Jonathan had his own way of writing songs so nobody knows but they’re very exciting times.”

You’ve described this record as sounding like a Tribulation record but you’ve also described it as your most diverse record. Was that diversity influenced by the way you worked on this record?

“As usual we didn’t have any plan when we entered the studio. We select the songs before we go into the studio but, even then we’re not sure they will all end up on the record after that. This time we had plenty of songs to choose from so that selection was the hard part. I think we ended up selecting the best songs and it became very diverse. There is much more going on for me. Like the first track is almost industrial, something we haven’t tried before. It’s the wildcard on this record I would say but that’s what we’re all about. We have to progress in some way.

The second track is probably the poppiest song we’ve done with a ‘70s rock edge to it. There are the Swedish folk melodies that we have on every album. It doesn’t get boring. I see it as, if we’re talking about vinyl, the a-side is more experimental and maybe something newer, then the b-side is more of a rocker side.”

Do you think that there is anything on the album that will surprise long-time fans of the band when they hear the album?

“It feels like the fans that get us, they love everything that we do and take on. There is always the haters of course as well. You know, the ones who love the first album so much they can’t stop obsessing about it. They will always exist. I think the fans will see it as a natural progression on our sound.”

You’ve also talked about it being very much a Tribulation album in terms of the myth and magic inspiration. Where does that inspiration come from? Are they topics you’ve always been interested in?

“Yes, and I think they are the constant themes throughout our albums. It’s the mysterious and strange things in this world. The beings and entities have always been piquing our interest. That well is still so deep as well we think. Maybe this is the most obvious Tribulation record in that sense of feel to it. It’s the same inspiration as when we started. Yes, we started different back then but the vibe and ambiance are still the same.”

That being said, and especially with Joseph joining the band, where do you see the sound heading?

“I don’t know, we’ll have to get going with Joseph and this new record first then get into creativity mode again and see where we’re going.”

You have tour dates booked for later in the year. What are your thoughts on those dates?

“Who knows? We’re all crossing our fingers right? It’s so hard to say. My wife has told me that the Swedish law enabling them to just shut things down is going to stay until September so that may put an end to summer festivals. However, in different countries, the vaccine, it’s still a lot of guessing. I always had it in my mind that it would be tight for festivals. The tour dates are for September and October so that gives us a couple of months more to see if anything has changed. If that doesn’t happen it will feel very empty.”

Thanks for your time Johannes and good luck with the album. Let’s hope we get to see you on tour soon…

“Thank you. Hopefully, we will get to tour but, for now, we’re going to use the time to get Joseph used to the band and the songs and, then when we tour, we’re going to try and put on the best show we possibly can.” 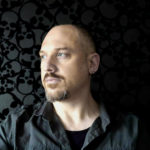 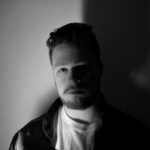