A thoughtful and charismatic young singer-songwriter, Jack Waugh is feeling a little pensive today, and can you blame him? Today marks the premiere of his debut single “Autobiography,” so forgive him for having a lot on his mind, he’s been carrying it around, keeping it all to himself for some time now. Without a doubt, it’s an impressive, polished, well-written song that not only shows what Waugh is made of but also hints at his potential as a songwriter moving forward. To have the capability to already put out something this poised, composed, and well thought out speaks volumes as to the type of musician Waugh is and is becoming.

“Autobiography” is a song that is near and dear to Waugh’s heart, describing a very personal experience and how it’s changed his life. It touches on his struggles with autoimmune issues that are a result of Lyme disease and the impact that the condition has on his everyday existence. Sonically, you can’t help but notice the influence of jazz guitar throughout the track, which is no surprise given his extensive studies as a jazz guitarist. “Autobiography” was produced in Waugh’s home studio along with his longtime ally Jack Gruber who helped in emphasizing the imagery of memory, nostalgia, and unrest that the song conjures up.

Offering his thoughts on the new single, Waugh said, “This song is for anyone going through a difficult period of their life. I found it incredibly cathartic to write about my experience dealing with autoimmune issues due to chronic Lyme disease, yet at the same time it’s very vulnerable to release something so personal to the public. As an artist though, I always put the music first, so I decided to share my experience so that people could find further solace in the song. I co-produced and recorded it with my closest friend, Jack Gruber, so despite the emotional intensity of the song, we had a great time recording it and we’re really happy with how turned out.”

Based in Washington, DC, Waugh is a wholehearted believer in the value of studying music and all that it has to offer. A graduate of the New School for Jazz and Contemporary Music, he views studying a wide variety of genres as being integral to both exploring unchartered musical territory, as well as being able to harness the right honesty and emotion required to write music. Well-versed in jazz, rock, Americana, classical, bluegrass, blues, and pop, Waugh possesses the versatility to sonically venture to places where other songwriters only dream of going. Despite all of his technical skills, perhaps Waugh’s greatest asset is his passion, which will only continue to blossom as he grows and matures as a songwriter. 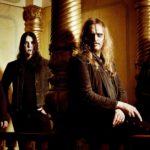 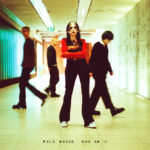