There we were – me and the world-famous rock star for whom I worked at the time – standing in the back of a packed Orlando, Florida nightclub. I’d invited said rock star to check out the night’s opening act, a fabulous aspiring teenage female pop performer and songwriter who I also was managing at the time. Then, an hour or so later, the headliner took the stage. Young and beautiful, the band members claimed wacky stage names and pseudo personas, while donning fashion-forward attire and sporting trendy combovers. As performers, they oozed heart-stopping energy. Musically, their songs were fresh and fun, an exciting stylistic hybrid of funk-fueled rhythms, metal-inspired riffs and techno-tinged vibe. Note to self – pay attention to Family Force 5.

The next day, I made a beeline to my local Best Buy store and purchased the Atlanta-based combo’s debut record. And soon, Business Up Front/Party in the Back had become my personal go-to soundtrack for the spring of 2006.

A production collab between Joe Baldridge, frontman Solomon Olds (Soul Glow Activatur), and celebrated studio guru, Butch Walker, the record rocked and popped, banged and buzzed. Simply put, it sounded like a party. Although touted as a Christian rock band, even a savvy spiritual sleuth would have had a tough time distinguishing this force from their worldly, secular contemporaries. FYI, that’s not a criticism.

The recorded spewed an array of notable singles, including the crazed “Kountry Gentleman,” the ground-shaking “Earthquake” and the Hooba-flavoured “Replace Me.” However, it could be argued that the anthemic “Love Addict” was the most explosive – Hold up, wait a minute. Put a little love it. Truth be told, “Drama Queen” remains my personal super-jam.

In ensuing years, the band dropped a bounty of subsequent titles, and in the process, the lineup splinted. In fact, known now as FF5, the “family” has been paired down to a duo. Yet, 15 years later, the debut Family Force 5 slab remains fresh and fun, still completely C.R.U.N.K. in the U.S.A.

Business Up Front/Party in the Back Track Listing: 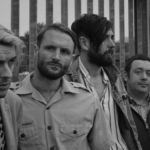 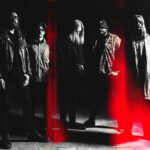