Brit nu-metal crew Black Coast recently marked their return with ferocious new single “Paradise.” Coupled with the release of the single, the band announced a new deal with Blood Blast, a distro arm of Nuclear Blast. Inspired by nu-metal genre-leader Korn and Deftones, as well as the new breed of genre-pushing bands like Loathe and Ocean Grove, we got the band to talk us through some of their biggest influences.

“Vocally the bands that inspired me were The Neighbourhood and Staind. How the big rising vocals of Staind pushed, I wanted the same effect with ‘Paradise’ bringing that power to the table but then also keep that catchy element The Neighbourhood bring and their placement of where they put vocals. ‘Paradise’s’ first verse is the same as the chorus but just switching up the ways of singing it so it sounds completely different. I love the vocal lines of both bands so I feel inspiration was found from these, probably a ton of others but at the time that was what I was listening to a lot.”

“Alice In Chains; this band made us hear how you can make a song simple and empty but sound huge at the same time. To me Layne Staley was the greatest frontman/lyricist/songwriter. The songs ‘Love, Hate, Love’ and ‘Rain When I Die’ are big influences on ‘Paradise.’ Listen to the way Jerry (Cantrell) brings that really dark guitar verse to Layne’s vocals. It’s hauntingly beautiful and then blows your head off in the choruses. We wanted Charlie to have this approach on vocals and the guitars and bass to have that effect. Jack just keeping that bass rumbling along. Alice In Chains will have an influence on many of our new songs. They are a big part of all of our musical lives.”

“A Perfect Circle; the lead melodies Scott wrote for the song came from listening to lots of this band. Especially ‘The Hollow,’ he said. This song made him write that melody to fit the chorus lead. Also, the drums are so perfectly simple in this track. Nothing special but just the right amount. Matty brought this style to ‘Paradise’ but then added his own hard-hitting approach.”

“Limp Bizkit is a band that has always been a huge influence on each member when we were growing up. They master the use of clean, stripped-back verses that jump between simple heavy riffs and catchy choruses. When I was writing for the album, I used ‘My Way’ as a template for a lot of the songs, serving as a reminder that the use of dynamics and simplicity, rather than riff after riff, can result in much more well-rounded and impactful songs.”

“Ocean Grove is one of the newer bands on the list, but one that started the whole process of sculpting and discovering our new sound. During the recording of (previous EP) Ill Minds, Chaz introduced us to Ocean Grove and we instantly took huge influence and found a new tonal direction that we could experiment with. Similar to Limp Bizkit, Ocean Grove inspired us to simplify our approach to riff writing and song structures whilst also opening the doors for us to experiment with a trippy, spaced-out soundscape.” 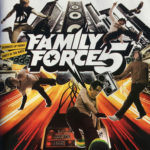 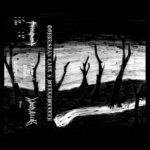