Denver-based singer-songwriter Racyne Parker released a spunky music video for her latest single “I’ll Keep You” on February 25. Written about her relationship with her then-boyfriend, now fiancé, “I’ll Keep You” is reminiscent of a page out of Parker’s diary. Premiering on Music Update Central, the lyrics and music reflect the bits of joy and ease in a relationship, while the video embraces the vibrant energy of dating butterflies.

“It also might be my most ambitious vocal performance yet, and the growth that I’ve seen in myself through this song has been truly refreshing,” says Parker. Having already been released as an audio single, “I’ll Keep You” has earned high praise from indie music tastemakers like Fierce & Fabulous Revolution and LeFuturewave, who described the song as the “[the] perfect blend of pop and country music. Energetic, yet calm. Fun to listen to, worth many repeated listens.” (-LeFuturewave)

The video screams love and happiness as Parker dances around and takes in the sun poolside. “I’ll Keep You” is the first real love song for Parker, who has mostly written about the various types of turbulences in relationships up to this point. From ballads like “Fall Too Easy” to chill acoustic tracks like “I’m a Mess,” Parker has mastered the art of turning the depths of raw feelings into beautiful songs. Parker says she tried to really contrast previous releases and embrace a playful pop vibe throughout the entire project of “I’ll Keep You.” “From conception to production, this song has been a blast to create and I’m glad that it’s out in the world now!”

Denver-based singer-songwriter Racyne Parker draws inspiration from modern folk, country, pop, and indie influences, to deliver catchy lyrics, warm vocals, and a contemporary style that fits in well on playlists next to Kacey Musgraves, Taylor Swift, Maggie Rogers, and Miranda Lambert. With a live set that samples originals and cover songs from a variety of genres, including country, folk, indie, and pop, Racyne Parker is a singer-songwriter who brings something for all audiences.

Racyne released her debut single, “I’m a Mess,” in January of 2019 and her sophomore single, “Tumbleweed Town” in June of 2019. Released in August of 2019, her debut EP Tumbleweed Town is a collection of five country songs that give a nod to the country sounds of her youth. Throughout 2019, Racyne could be found playing shows ranging from small solo-acoustic coffee shop gigs to larger full-band shows at bars and restaurants, folk festivals, and County Fairs.

In 2020, Racyne released an upbeat, groovy single, “Hindsight,” which she followed up with a lyric video featuring her bandmates, producer, and foreshadowing for her upcoming releases. Racyne ended 2020 with a second single, a ballad called “Fall Too Easy,” and an ethereal, dreamy Oregon Coast music video for the song.

Kicking off 2021 with live drums, a fresh bassline, easy guitar licks, an occasional synth, and pop-esque piano sprinkled in, her latest single, “I’ll Keep You” is the first love song that Racyne has released. The live band sound, quick lyrics, and catchy chorus were essential to creating a fun and light track that feel sunny, bright, and optimistic. 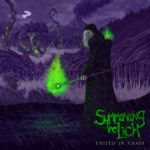 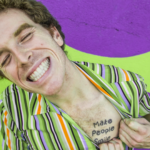