St.Louis, Missouri quartet Summoning The Lich are an epic extreme metal fan’s wet dream. Peddling modern death metal for their debut album, United In Chaos, the whole thing is all wrapped up in a magnificently over-the-top dose of fantasy that is very much driven by four friends’ obsession with Lord of the Rings and Dungeons & Dragons.

The first of three chapters, United In Chaos sees the Missouri shredders immersing the listener into the world of Lich and the fall of the Kingdom of Rodor. If that sounds epic enough for you and you love yourself a bit of The Black Dahlia Murder, then you’re going to lose your shit when opener “The Nightmare Begins” starts to rattle around your head. While that means that musically, United In Chaos won’t blow you away with its originality, if you’re down for a bit of foot-to-the-floor, epic modern death metal, you won’t go far wrong with the thunderous “Predatory Reflection” or the face-melting “Death Crystal.” Flawlessly played, a couple of years honing their skills on the Summer Slaughter tour amongst others has turned these relative newcomers into a truly formidable force in the extreme metal scene.

Of course, when you promise metal fans a world inspired by fantasy behemoths like Lord of the Rings, then you know those very same fans are going to be expecting you to deliver on that promise. Thankfully, Summoning The Lich is not content with writing a bunch of generic songs about wizards and demons. No way. These chaps go beyond the call of duty by creating their own fucking world! Epic as fuck, the beauty of it is that, with songs like “Hymns (Witches of the West)” and “The Lure of the Necromancer” just the start of this vast, epic journey, who knows where their wild and wonderful imaginations are going to take this?

Given the ferocity with which Summoning The Lich shred through each song, you’ll be kind of glad that they haven’t taken their love of Lord of the Rings to the extreme and you end up still listening four hours later. That being said, given that this is just the first part of a three-album set, you can expect to have in your hands over two hours of epic fantasy death metal by the time this tale comes to what will hopefully be a mindblowing conclusion.

1. The Nightmare Begins
2. Cult of the Ophidian
3. The Gatekeeper
4. Demon of the Snow
5. Predatory Reflection
6. Acid Reign
7. United In Chaos
8. Descend
9. Hymns (of the Witches of the West)
10. Death Crystal
11. Temple of the Bone
12. The Lure of the Necromancer 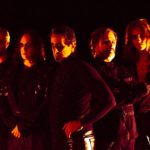 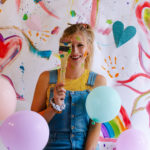