The rise of the American metal machine in the 1980s has been chronicled in numerous documentary films, but the majority of these tail off into either Guns ‘n Roses or Metallica fanboy-ism. It’s a welcome change of pace to finally find a metal documentary that glosses over these big names and, instead, dives into a more authentic – even if far smaller – segment: Brandon, Florida and in particular, the band Siren.

Back in these halcyon days, Siren played “real” heavy metal – think Iron Maiden or Judas Priest or any of the other legends of the NWOBHM movement – but with a brasher, thrash-infused sonic palette lending the conceptual narrative songwriting approach a balls-ier overall profile. But Siren never “made it,” and the band split apart (after running through multiple lineups and members) due to miscommunication between the two driving creative forces, drummer Ed Aborn and vocalist Doug Lee. Fast forward over three decades, as I’m Too Old For This Sh*t reveals how these two eventually buried the hatchet, just in time for Siren to realize one of their greatest dreams: to play Germany’s Keep It True festival in 2018.

The trailer for the film covers all the core themes – metal, brotherhood, youthful dreams and Gregg getting lost.

The Chris Jericho (of World Wrestling Entertanment and Fozzy fame) produced film picks up here, following the band as it recruits past (and new!) members, rehearses and prepares for the once-in-a-lifetime experience: and the end result is magical. A heartwarming, moving and above all genuine portrayal of friends rediscovering each other and their uniting passion for heavy metal. To an aging metalhead like myself, the film is best summarized in the band members’ own words – “it’s like a time machine.”

What makes I’m Too Old For This Sh*t really special is how down-to-earth all the major players really are: dads with day jobs playing at teenage metal dreamers can only be entertaining and the film style is unobtrusive, yet intimate, capturing pranks, bloopers and mistakes a-plenty, but these all add up to make the end result so much more human – and so much more fun. It becomes all too easy to lose yourself in the story and find yourself sneaking backstage along with Siren, getting palpably excited as they break into “Over The Rainbow,” banging your head along with a dedicated core of ‘true’ metalheads and, by the end, believing in dreams again. Yes, that may sound far more drenched in schmaltz than you would expect from a documentary about metal, but it’s all true.

Technically, there may be a few more repetitions than are needed (both of footage and audio) and the B-roll could be expanded even further to deepen the contextual engagement, but overall the ‘underdog triumph’ theme takes centre stage and occupies the attention well enough. The ‘80s metal soundtrack, the support from other Brandon, FL bands (Nasty Savage and Oblivion particularly): it all adds up to 90 minutes of immersive entertainment that, sadly, might be lost on younger audiences. Perhaps director Nathan Mowery misses the boat slightly on this criteria, appealing to nostalgia more than general interest, but I’m sold. After more insipid metal documentaries than I can count, I’m Too Old For This Sh*t is exactly what I needed: real people playing real music for real fans, not celebrities having their every immoral whim pandered to by greedy labels and mindless groupies. 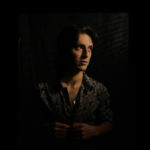 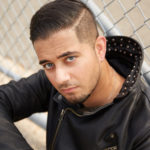