Honest, heartfelt, and sincere, singer-songwriter Derek Eisel has returned with his brand new music video for “I Do,” off his debut EP Last Resort Fire Department. The song is particularly significant to Eisel because it was written as a surprise for his husband as a method of commemorating their wedding. It’s taken many years, but finally, the song is being given a proper release, with a video that combines footage from their wedding with scenes from their life living together on a farm.

Many years ago, Eisel decided to leave Seattle behind and purchase a property on an island off the coast of Washington state where the community is mostly made up of farmland. Living in a more rural setting has helped Eisel develop a new appreciation for life and with all of the natural beauty around him, it’s also helped make him a better songwriter more in touch with his emotions.

Telling us the story behind how the song was written, Eisel said, “I wrote ‘I Do’ as a surprise for my husband and played it for him at a local bar the night before our wedding where I was playing a set to our wedding attendees and anybody else that happened to be in the bar. It’s a song about going for it and asking the man I loved to be my husband.

While we were dating my (future) husband had this matchbox sitting on his toilet that said ‘Maybe Never Wins.’ I included this line in the song because he inspired me with the way he went after his dreams. While we were dating we talked of our dream of having our own farm someday and now we are living that dream together.”

In composing Last Resort Fire Department, Eisel’s primary endeavour was to share a completely honest point of view with regards to his life and his relationship. There’s very much a human quality about his music which is why listeners find it easy to connect with Eisel’s songs. The songs on the EP explore the highs and lows of relationships, and the mixed feelings we sometimes have about them. We may love our situation, but at the same time wonder what it would be like to not be with our significant other. To Eisel, this is a more accurate representation of how relationships often feel, a realism that he has tried to harness throughout this new EP.

Laidback, relaxed, sincere, and authentic, Last Resort Fire Department will come as a welcome addition to your music collection for anyone looking for something real and down to earth. 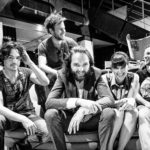 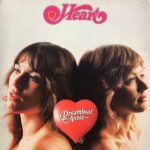