You can feel it in the air… “Anxiety” all around us. Pervading our every move and our every thought. It truly is the age of “Anxiety” and we’re the ones who have been left with the heavy burden that comes with pushing through these tough times. Here to interpret all of this madness is Vancouver’s Mediaslaves, armed with their brand new music video for “Anxiety,” a song that is a perfect representation of the swing of moods and emotions that are typical of the times in which we live.

The beginning of the song is filled with feelings of discomfort and dread as it transitions into a full-on, thrashing guitar riff. The verses are chaotic, as the mood becomes more turbulent, and the band gets louder. “Anxiety” is a transition of sorts for Mediaslaves, a step forward into heavier rock from the band’s roots in aggressive punk rock. There’s definitely an Alice In Chains, early Soundgarden vibe to this song, something you sadly don’t hear very often anymore.

Expanding upon the song and this new sound is frontman Johnny Papan who said, “‘Anxiety’ is definitely different. It’s moodier and heavier compared to our previous two punk tracks. The video was an actual production this time around. We wanted to showcase another side of the band that nobody has really seen yet. In a way, it’s sort of an early introduction of what’s to come.

That doesn’t mean the punk songs are going to stop. We may or may not have a new punk song ready for release already. But we write heavy tunes too and we’re experimenting beyond that. Who knows, maybe we’ll also drop a few corporate sell-out butt-rock tunes down the road for good measure. We’re only three releases deep, but we have lots of material ready to be recorded. It’s going to be really interesting to see what tracks we decide to release in 2021, but we are pretty pumped for the ride. All I can say is the only thing we can expect for certain… is more Instagram memes.”

For a band that’s only been together since last year, there is a lot of chemistry and cohesion within the ranks of Mediaslaves. Considering the fact that they are only a trio, it’s almost shocking that they can play as heavy as they are able to. Joining Papan in the band is bassist Sean Tanner and drummer Jonathan Delivuk and together they are known locally around Vancouver for their do-it-yourself approach to their music that goes hand in hand with a humorous approach to the band. The music they take very seriously, the other stuff, like social media and music videos, that’s where the fun stuff can happen like social media posts consisting of self-deprecating memes and videos made out of Instagram filters, such as for their debut video “Fleeks and Geeks.” Even as their music evolves and only gets heavier and better, you can know for sure that these guys will not get carried away and will continue to never take things too seriously. 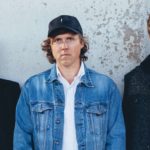 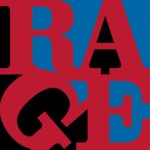