In this time of need, and with the holiday season nearly here, let’s all choose to take The High Road, okay? There’s been more than enough mudslinging for 2020 so we’re going to take the optimistic approach in closing out this stressful year with rock n’ roll band ROOKS and their new lyric video for “Ghosts.” The single is courtesy of the band’s debut album, The High Road, which saw its release on November 6th.

Including eight brand new songs, The High Road is squarely focused on setting a positive tone and growing as individuals. When adversity looks us right in the eyes, we should choose to face it bravely, all while taking a confident approach to it. The album takes a look at relationships and the changing nature of connectivity within our global culture and how we as individuals affect it. There’s a nostalgic tone to these songs, with nostalgia serving as inspiration to help us in rejuvenating our energy level during hard times. The message heavy approach to the record is all nicely held together by that classic, everlasting rock n’ roll energy.

With some words on “Ghosts” and what it’s meant to say, singer and guitarist Jay Bowcott said, “‘Ghosts’ is a song that speaks to generations. There is lots to say about what the world is going through as it moves forward transitioning from damaging behaviour to a renewable and green world. The root of all evil is money and power and this song addresses those issues directly while trying to pass on a message that we are all the same. Money can give you luxury and can make you believe you are somehow above others, when in reality, we are all just human. It’s a song that is hopeful, perpetuating the belief that someday we can realize that a society based solely on monetary success is not sustainable. We need to level the playing field and accept that whatever role one ends up playing in the game of life, it is an important role and should be respected and rewarded.”

Joining Bowcott in ROOKS is bassist Brent Rossall, and drummer Darryl Swart. Rossall originally hails from Montreal, while Swart comes from Durban, South Africa. The band is currently based out of Bowcott’s hometown of Calgary, Alberta where their feel good vibes have really started to resonate locally. A play on the word rookie, the members of ROOKS were all raised on a lot of classic rock such as The Rolling Stones, Thin Lizzy, and The Band. They have taken those influences and mixed them with a more contemporary sound in the mould of The Black Keys and The Raconteurs.

Each member has been gaining a lot of experience in the music industry for many years now, not just as part of Rooks, but also as session musicians for other artists, working as songwriters, serving as engineers and producers, and even hitting the road as tour managers. These are some very talented fellows focused on the right things. Life is about growth and evolution and it’s quite obvious that Rooks have their priorities lined up just the way they should be. 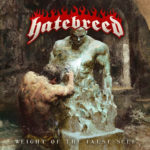 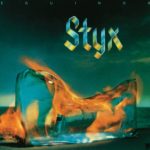