Historically, Puscifer may have been called many things – weird, vulgar, groovy, obtuse… – but one shared classification has to be simply “entertaining.” This categorization carries its own major shortcoming, though: for a band renowned for immersive live spectacles, the translation to the recorded format isn’t always a successful one, and the newest album, Existential Reckoning, definitely exhibits symptoms of this malady. Lacking the ball-out lunacy of V is for Vagina (2007) and its multiple subsequent remix EPs, or the successful application in 2011 of avant-garde to industrial of Conditions of my Parole, or even the mature songwriting of Money Shot (2015), Existential Reckoning is a laid-back exercise in electro groove and further reinforcement of Maynard James Keenan’s reputation as a creative tour de force.

Keenan is not the first artist to explore a whimsical creative outlet, however. Like a twenty-first century Henry Purcell (who regularly composed bawdy drinking songs on top of his more legitimate works), the Tool/A Perfect Circle frontman tackles this latest concept with relish, eagerly digging his teeth into such themes as alien abduction, wine and the general malaise of disquiet affecting any who face up to the harsh realities of day-to-day life on Earth. In this way, Keenan and his most recent cadre of co-conspirators, explore “the metaphorical mycelium between Math and Passion, Art and Order, and Hope and Proof” if the Alchemy Recordings press release is to be believed.

“Theorem” starts you off softly, before flaying your mind alive.

Stripping away all this art school intellectual babble, however, reveals a core that cuts straight back to the quick of what experimental musical forays should be and what I already characterized this record as – good, solid entertainment. What this core is not, however, is an easily accessible, one-size-fits-all crowdpleaser. Despite an incongruously gentle first impression – practically easy listening muzak, even – there’s just too much oddball eccentricity flavouring the proceedings to make it sit well with the mundane and mediocre tastes of the plebian hordes.

Sensitive electro vibes (“Personal Prometheus” and “Grey Area”) jar with the more expected rock-oriented stylings of “The Underwhelming” or “UPGrade,” while the whole affair teeters on a delicate foundation of fuzzy analog synth warmth. ‘80s new wave classic instrument, the Fairlight CM IIx, plays a central role here, imparting as much Peter Gabriel as it does Ministry. The net result? Existential Reckoning is not an obvious evolution of the Puscifer sound, but it is still unmistakably a new chapter in the story of Agent “Dick Merkin” Keenan: whether the common denominator is Children of the Anachronistic Dynasty, Umlaut, Tool, A Perfect Circle or any of the other multiple projects he gets his claws into, there’s always a distinctive Keenan-ness influencing matters.

And Puscifer is no exception: electro-rock Puscifer is as much Keenan’s creation as is down-tempo semi-ambient Puscifer. Existential Reckoning may be a far-left-field mutation of an Underworld/Kraftwerk chimera that isn’t likely to garner a fresh new audience, but it’s still going to hit the right buttons with the existing Puscifer fanbase.

And while Keenan’s success through Tool guarantees his longevity as a musician, it doesn’t necessarily guarantee that success on all fronts. There’s only so much quirk that even the most progressive of minds can take. “Bullet Train to Iowa” and “Postulous” may represent the respective highs and lows (purely in terms of general accessibility), but the album closer, “Bedlamite” ends the affair on a delightfully gloomy quasi-goth note that balances sold-out stadium with underground club date in the way only Maynard James Keenan can.

Anyone feeling “Apocalyptical” in these trying pandemic times? 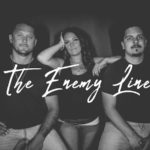 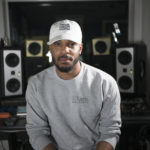