We’re back with another round of Notes From The Artist (be sure to read “Chapter One” here)! Each chapter highlights independent artists by giving them space to directly address listeners about their songs. We’ve asked each of these musicians to tell us more about their recent releases…. what inspired them? What’s their favorite lyrical line? What does the song mean to them? We hope you enjoy a bit of insight into the minds of these amazing creatives…. check out Chapter Two of “Notes From The Artist” below!

“My recent release ‘Who I’m Thinking Of’ comes from a place close to my heart. The single and the following album tell a story of a breakup and are riddled with emotions and experiences I was truly feeling during the time of writing. One of my biggest influences when writing this album was New Orleans-based musician Anders Osborne. His lyrical vulnerability and passion behind his sound really drove me to a specific place when writing and recording my own music. My favorite lyrical line from the single is ‘Pain and guilt were always by my side. I guess they’re just some friends I met through you, so I’ll hold their hands. There’s not much else to do.’” – Christopher Hochkeppel

“‘Journey’ is about starting on a new journey and not having that loved one by your side. I’ve experienced a few major transitions in my life where I’ve had to take on head-on and by myself. My favorite line is ‘the road don’t know how to sleep at night, when I’m not holding you tight, I don’t think I’ll see the light.’ I’m just stating how I’m lost without my partner and I’m not sure how I’ll make it.”

“‘There’s No Cure’ talks about regret. It’s about letting go of things I’ve carried with me for way too long. ‘There’s no cure for the man who’s had his chance before’ sums up my feelings towards opportunities I’ve blown over the years. That whole notion of ‘what if’ really isn’t a good one! Admitting that is the first step forward.”

“Night Life is the third studio album by New Orleans based Marina Orchestra. ‘From a lifetime in the neon wasteland, tell me now can we make it green again?’ -Lyrics from track 8 titled ‘Dream After.’ This line resonates with me more and more as I strive to find ways to live with the land and not merely on top of it. Many of the tracks on Night Life deal with reconnecting with nature and what that means for the future of humanity.”

“I think broadly, it comes from a place of the need to feel complicit when it doesn’t feel right…Beyond that, it’s open to interpretation. ‘No words, no breath’ is my favorite line to sing in the whole song and usually takes a lot out of me.

On an aside, we now have our Bandcamp page open to the public and ‘Deadsong’ is an available download. Bandcamp Friday’s takes place the first Friday of every month, the site forwards all proceeds to the artists. We are in turn going to take all of the proceeds we receive from the song downloads and forward them to a different venue every month. We want to play a show when this pandemic is over. #saveourstages”

“So many times people forget how the relationship started and why they fell in love. We wanted to go back to that moment when all you wanted to do is spend time on the phone with them and be around them. Our favorite lyrical line is ‘You the sunshine of my life and even Stevie can see that you’re an angel in disguise.’ We love this line because it’s so deep and really speaks to how we both feel about each other.”

Fresh off the release of his debut self-titled album, Johnny Gillespie had this to say about the process of releasing his first full body of work: “Life has its ebbs and flows but, what I can tell you that this release has shown me is that if you stay the course, what you believe you will achieve. This album has shown me to persevere no matter what.”

“‘The Tell’ was maybe the last song I wrote for Babygirl. I was packing up my suitcase for L.A., armed with a small collection of demos to work on with Max Hart, my producer. I’ve always hated packing. I was sitting in a pile of clothes, overwhelmed, and drifting into thoughts of sadness over a conversation I had had with my partner at the time. I was feeling a deep longing, and unconfident, so I set down my folded clothes and picked up my guitar.

I really wanted to write a sad song because I thought it would make me feel understood- sometimes songs are the best validators. But I had already committed to writing songs that felt empowered for this album. So instead of writing the sad song, I pretended I was confident enough to say, ‘Hey, I know I’m enough for the love I desire – I hope you come join me, but if not, I’m headed somewhere to find it.’ I’m glad that is the song that came out, because over time, maybe I eventually started to believe it.”

“Dragonfruit opens with ‘Water’ which is a love song, I guess, but more than that. Early in the pandemic, I was dealing with writer’s block so my manager challenged me to write a love song which he called a classic form of American pop music. I tried to write something that was vulnerable and unironic, that would capture the terrifying but exhilarating feelings I have when I experience love.

My favorite lyric from my track ‘Water’ is ‘…the current sends me far and I’m lookin out, somehow someday I’ll put my feet on the ground… some things just play out.’ I feel like it represents my uncertainties about the future and my hopefulness that things will work out.”

10. Ashley Zarah – “Everybody Knows” (from the new album, Better Mess)

“‘Everybody Knows’ is all about fact vs. fiction, and that the truth has a reputation for always coming out. It’s a fake apology note filled with real events that I wished I was given, but knew I would never receive. So I decided to achieve closure by writing it myself. In addition, I gave it an empowering perspective shift at the end by turning this guilty ballad into an electro-dance-pop record that reminds us that with truth comes incredible strength.”

On her favorite lyrical line: “‘And when I walk into the room I’m seeing pictures of you, painted on the faces of your friends that I knew.’ This line was special to me the moment I wrote it. The song is very visual throughout, and this particular lyric is so powerful because it exposes so much. There’s the visual of walking into a party and realizing that all eyes are on you, and also knowing exactly why that is. It incites shame, guilt, and the warring division between exes and their friends – it encompasses the moment when you realize the friends you made through a person you also lose with that person.

The friends you met through an ex will always remind you of that ex. Nobody forgets, people do take sides – and when you see that separation, it often forces you to take a step back and reevaluate what actually happened and reconsider how accountable you are for those things. It’s a really powerful pre-chorus.” 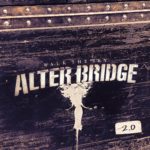 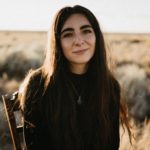