This hasn’t been the year for too many people, but it has been for London, England’s LAU. The singer-songwriter extraordinaire is emerging on her own, happy to celebrate her storied musical career with her new single, “True,” which will be featured on her debut album, due in early 2021.

LAU is the stage name of Aztec Records owner Laura Fares, a longtime singer, songwriter, and producer, very well known within the synthwave and retrowave music scenes. Typically regarded for her prolific songwriting work for others, “True” is the singer’s best single to date, featuring ‘80s-influenced pop melodies, atmospheric synths, and a massive dosage of positive vibes. The release of the song marks a new era for LAU, one in which she is feeling free to step out on her own, out of the shadows, and showing people what she’s really made of as a musician.

With some words about “True” LAU stated, “This song is about that moment after a breakup, when you suddenly realize that the other person took advantage of you, and you somehow allowed it to happen. It’s a very personal song (all my songs are), and it was produced by my regular collaborator, French producer Ends 84.”

Behind every great artist is a great story and that couldn’t be more “True” when it comes to LAU. Rather than focusing on her own musical career, she began as a songwriter for various synth-pop artists about a decade ago, most notably for German synth singer-songwriter NINA with whom she co-wrote the albums Sleepwalking and Synthian. Both albums charted in the top ten on various electronic charts around the world and LAU became NINA’s go-to collaborator. Additionally, she has made a name for herself as a touring musician, opening for acts as massive as Adele, One Direction, Fatboy Slim, and Erasure.

The list of artists that LAU has teamed up with is nothing short of incredible, with others including Ricky Martin, Taio Cruz, and Big Black Delta. As the Creative Director of Aztec Music Publishing, LAU also has an eye and an ear for talent. After years of driving the success of others, the time has come for LAU to step into the limelight and prove that she belongs right alongside the many artists she has helped make into modern superstars. 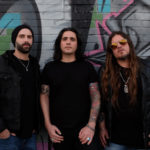 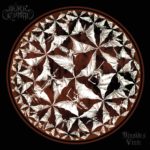