The ironic thing about this recollection by author, musician, music journalist and v13.net scribe Christopher Long concerning his long term friendship with Poison bassist Bobby Dall and his time as part of the band’s touring entourage is that his personal story is more interesting and arguably more outrageous than many of the anecdotes shared about his time spent within the Poison orbit. Let’s face it: whether you’re a proponent or detractor of the frosted tips and lip gloss hair metal pasted all over rock music, very few are heralding the Sunset Strip as an epicentre of musical genius.

As awesome it might be to shake one’s ass, chug a brewski or blast a hit of crank with “Unskinny Bop,” “Talk Dirty to Me” or “I Want Action” as accompaniment, no one is dusting any of them off for performance at the Royal Conservatory. Despite the number of children conceived in the reclining seats of the world’s Camaros while “Every Rose has it’s Thorn” played on the tape deck, the song isn’t high fallutin’ rocket science. And as many weeks the band’s collective works have spent topping the charts, the greater public has likely taken more inspiration and influence from Dall, vocalist Bret Michaels, guitarist C.C. DeVille and drummer Rikki Rockett in the field of makeup application than music creation.

Except for Chris Long. He writes at length about how Poison has been high on his personal list of musical heroes for ages. He writes about having kept the faith as a fan through the band’s lean years. He explains the inexplicable by rattling off the respect he has for them as musicians and songwriters as well as the artistic value of their lesser-known albums. Call him a super-fan, call him crazy, call his taste into question, but the dude knows what he likes and his enthusiasm is an infectious force that drives this book. They say write about what you know and/or love and that philosophy has certainly been put into play throughout A Shot of Poison.

Long not only sings Poison’s praises without a trace of hipster irony and proudly makes mention of the many number of journalistic pieces he has penned in salutation of the band over the years, but he also has Michaels’ signature tattooed on his arm – an indelible inking he saddled himself with before he even knew the band personally, let alone was added to their payroll! Additionally, before, during and after becoming a member of Poison’s touring party at the ripe old age of 43, he extols at length about the musical virtues of the candy-assed, lip-curled pouting rockers, often expressing an underlying sense of shock at how the rest of mankind hasn’t cottoned on to their brilliance. But, in the end, it’s a matter of subjectivity and a case of “to each his own.” Heck, I know people who believe the Scorpions’ Matthias Jabs is a great guitar player. There’s no accounting for taste and a nut in every candy bar.

What makes this all the more intriguing from your humble reviewer’s perspective has surprisingly little to do with the road exploits (which, as someone who has worked with touring bands for the past decade and hopes to get back to doing so once COVID fucks off to Mar-a-Lago where it can live happily ever after) I was admittedly most looking forward to reading. The intriguing part is that since the original publication of A Shot of Poison a decade ago, Long has found God, religion and missionary work. I’m not sure how much of the main body of this new edition differs from the original, but witnessing the revelation and self-discovery in the new introduction and summating closing chapters is fascinating.

Long’s personal epiphanies are as compelling, if not more so, as his tales of road dogging with the Poison posse. He speaks of how he met originally Dall and how his relationship with the bassist and their respective families blossomed long before he began touring with the band as Dall’s personal assistant. His notes from the road are notable not for being the expected tales of travelling rock ‘n’ roll debauchery, but for how mild they actually are (or are presented by the author) and how much of his gig involved being a professional babysitter and whipping boy to an ungrateful man-child suffering from a personality disorder of some description (narcissistic, borderline, bipolar…take your pick). At one point, Long mentions how Dall once had it in mind to work on a book project of his own that would have “stories that would shock fans.” Unfortunately, very few of those yarns are in this book and the only real shocker here is the immaturity running rampant amongst this band of middle-aged men.

A Shot of Poison’s structure is such that the author’s experiences are presented in bite-sized anecdotes that randomly stick to and deviate from a timeline and narrative. Sometimes he glosses over details to protect the (not-so) innocent, other times no holds are barred. The thing is that the outrageousness chronicled doesn’t stem from excessive partying, substance abuse and questionable sexual shenanigans. Long started with the band in the mid-2000s, long after their initial gold and platinum-selling heyday and wide-eyed greenness, and the majority of the book’s revelations pertain to just how much the members can’t stand one another, the lengths they’d go to avoid each other and the ridiculous amounts of money spent in the process. The subtext reveals how tremendously spoiled and bratty most of Poison is and how some old habits die hard. Though, at this stage, it would appear that the members aren’t engaging in the hedonistic road lifestyle because it provides any amount of fun or fulfilment beyond cold, hard cash. Long’s book recounts stories that are based more on an antagonistic internal competition in which members fight over fleeting opposite sex companionship, where they deliberately irritate and nit-pick at each other and childishly push each other’s buttons.

At far too many points, Long gets treated like shit by someone who feels that just because he’s sold a bunch of records he can treat people (including a friend who has known his son since infancy and whose job description also included watching out for the then-teenager as he travelled with his dad on tour) like shit. Remember in Goodfellas how Joe Peschi’s Tommy DeVito would abuse Michael Imperioli’s Spider, eventually shooting and killing him in an excessive display of ego-bruised bullying? At some point, you fully expect Dall to pull a gun when he doesn’t get the coffee/ice cream sandwich/Applebee’s meal/long-legged blonde in a leather mini he demands.

Towards the end of Long’s term with Poison, after some particularly egregious doings at Dall’s request, he has a realization when he writes about “how creepy, disgusting and downright shameful it all was.” Whether what he experienced with Poison hastened his move towards religion and a more spiritual life is unclear, but it adds corroboration and a spin to the age-old lesson: never meet your idols. If you do, think twice about becoming friends with them. Then, think even harder about working for them.

Overall, the tone of the book gravitates between light and dark. Long’s dispatches, his quick wit and punchy style keep the pages turning, equally during the swings between humorous breeziness to tragic comedy. One feels compassion for the author, especially when he recounts veiled threats from those in the Poison camp before the book was even released, which demonstrates how people can get protective of knowingly negative behaviour in order to hang on to pride, power and a paycheck (any of that reminiscent of the past four or so years of U.S. politics?). This ability to evoke emotion and the reader’s desire to dump a cup of Dall’s precious Starbucks in his lap for subjecting others to his rampant instability, makes A Shot of Poison an engaging read for everyone from those die-hard fans whose opinion of the band won’t change, to those who just wanna rock down to those whose reaction will be ‘fuck these clowns’ after they turn the final page. 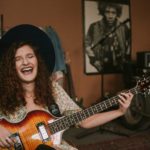 On Her Newest Single, Megan Freedman is at Her Most “Perfect” [Premiere] 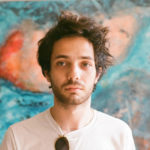