The fight against the apartheid regime in South Africa came to a violent climax with the Soweto 1976 uprising, a catastrophe that was finally heard around the world. It marked a change in the social stew that would bubble and boil until the release of Nelson Mandela two decades later, whereupon the entire political situation was reversed and sanity finally prevailed.

The South African avant-garde jazz collective known as SPAZA made waves with their 2019 debut, and this time they agreed to provide the soundtrack to the upcoming UPRIZE! film chronicling the turbulent political uprising, using only snippets and images from the unfinished movie, not an easy task. Recorded over a three-day period in an apartment in Yeoville, the scenes were projected onto the living room wall where the “indoor field recording” occurred, and the group improvised live by reacting to what they saw as a collective unit. The final product sounds anything but improvised which makes the music all that much more incredible.

The music itself shifts between smooth jazz, avant-garde bursts of emotion, and soundbite snippets from the film, creating an unsettling portrait of the time in question. The album opens with “Bantu Education” which is led by an ominous horn and an eerie chorus of lost souls, and the quotes from the film set us up with the treatment of the people and their lack of education. This motif is reprised on successive tracks where that monstrous horn highlights various aspects of the struggle, from the fear and slave mentality to regaining their pride as a people and ultimate liberation, including just how much impact the movement had on the future and whether or not the apartheid was wiped out or simply shifted into more accessible territory.

Songs like “Sizwile,” “Solomon Tsietsi Khotso,” and “Xolile Mosi” are awash with moody vocals, snaking basslines, meticulous attacks on djembe, and an overwhelming melancholy that is hard to shake long after listening. With such intense and real subject matter, it would be difficult to see the sun through the clouds, and SPAZA captures the chaotic time with class and delicate handling of the cause versus the solution, all the while making it entertaining (as much as such serious music can be).

More than merely an audio film reel of real and extreme human history, the group manage to bring life to the iconic images that sent shockwaves through the world on the 16th of June 1976 (when the clash came to a furious head), and bring in the atmosphere and emotion with a deft hand. Picturing them watching the disturbing images as they created the music from scratch gives the album a vibrancy and urgency rarely seen in modern music, and ultimately brings the project to life.

Even without the film as a backdrop, UPRIZE! is a fantastic jazz album in the vein of Freddie Hubbard, another legend that lent his avant-garde leanings to social and political struggles. But knowing the history of the subject matter, the music here is unnerving and gives a lot to ponder as it melts into your psyche. With a distinctly South African flavour, UPRIZE! looks to become a future classic both locally and internationally, and the film, naturally, can only be seen as an important document of a vile time in human history that deserves to be faced, discussed, and dealt with. This is a catharsis of the highest level, and it is incredibly special. 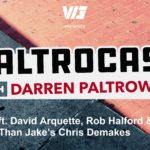 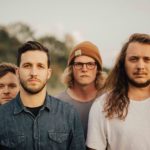 Purely Provocative: Hamilton’s King Park Discuss the More Nefarious Side of Being in a Rock Band